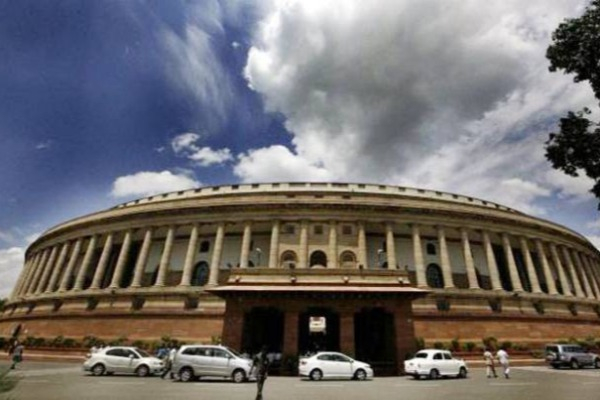 Prime Minister Narendra Modi, chairing an all-party meeting on the eve of the first session of the new Lok Sabha, invited heads of all parties to a meeting on June 19 to discuss the "one nation, one election" issue and other important matters
Noting that there are many new faces in this Lok Sabha, Modi said the first session of the Lower House of Parliament should begin with "fresh zeal and new thinking"
At the all-party meeting, the Congress raised with the government issues of unemployment, farmers distress, drought, and press freedom, while also calling for early conduct of assembly polls in Jammu and Kashmir
The opposition parties demanded discussion on all such issues in Parliament, with the Congress asserting that it is still a "fight of ideologies"
Prime Minister Modi, Defence Minister Rajnath Singh, Leader of Opposition in the Rajya Sabha Ghulam Nabi Azad, Congress lawmakers Adhir Ranjan Choudhary, K Suresh, National Conference leader Farooq Abdullah and TMC leader Derek O'Brien were present at the meeting
The BJP also held its parliamentary party meet here Sunday with Prime Minister Modi assuring Indians that his government will be at the forefront of facilitating legislation that manifests the spirit of "sabka saath, sabka vikas, sabka vishwas"
A day before the first session of the newly-constituted 17th Lok Sabha, a meeting of the NDA was also held here
The government had promulgated as many as 10 ordinances for the session which ends on July 26 and will have 30 sittings
The first two days of the session will be used for administering oath of office to all Lok Sabha MPs. The oath will be administered by protem speaker Virender Kumar. The speaker will be elected on June 19 and the next day the president will address a joint sitting of both Houses
The budget will be introduced on July 5
Among the bills that will be introduced, the one on triple talaq could be a contentious one between the government and the opposition
Addressing the media after the all-party meeting, Parliamentary Affairs Minister Prahlad Joshi said the prime minister urged leaders of all parties to "introspect whether members of Parliament are able to fulfil people's aspirations as their representatives and the manner in which last two years of the 16th Lok Sabha were wasted"
An all-party meeting is a customary procedure before the beginning of every session of Parliament to ensure its smooth functioning
Joshi said the government has requested all parties, especially the opposition, for their cooperation for the smooth functioning of both Houses of Parliament
In order to build esprit de corps, Modi has invited presidents of all those parties who have an MP either in Lok Sabha or Rajya Sabha for a meeting on June 19
The meeting has been called to discuss "one nation, one election" issue, celebrations of 75 years of India's Independence in 2022 and 150 years of Mahatma Gandhi's birth anniversary this year, he said
It will be followed by a dinner meeting with all MPs of both Lok Sabha and Rajya Sabha on June 20 to freely interact and exchange views with the government, Joshi said, adding that these two novel initiatives would go a long way in building team spirit among all parliamentarians.