Shah says BJP yet to reach its peak, eyes power in Kerala, Bengal 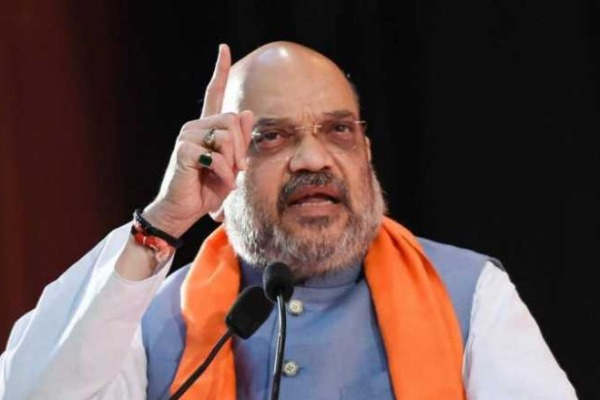 The BJP may have notched up its best ever tally in the recent Lok Sabha polls but it is yet to reach its peak, its president Amit Shah asserted on Thursday, asking key party leaders to expand the organisation in new regions and bring more people into its fold.

Chairing a meeting of the party's national office bearers and its key organisational representatives from states, Shah said the party will reach its zenith when it will be running governments in states like Kerala and West Bengal, among others.
He also gave final touches to the party's membership drive, which will be launched soon with an aim to increase its members by 20 per cent, BJP general secretary Bhupender Yadav told reporters.
Yadav said the schedule of the drive, whose in-charge will be former Madhya Pradesh chief minister and BJP vice president Shivraj Singh Chouhan, will be announced in a few days and that the party's organisational polls will follow the exercise.
Dushyant Gautam, Suresh Pujari, Arun Chaturvedi and Shobha Surendran will be co-incharges of the drive.
Shah, party sources said, will continue as its national president till the organisational elections are over.
The entire exercise may take several months to be concluded, which means that the party may fight assembly elections in three states -- Haryana, Jharkhand and Maharashtra -- later this year under him.
In his address at the meeting, Shah told party leaders that the Narendra Modi government's return to power with a massive mandate mark the victory of the BJP's agenda of nationalism, good governance and welfare of the poor.
Quoting Shah, Yadav said the party president recounted its growth since the days of Jana Sangh, the forerunner to the BJP.
Shah said the BJP strengthened itself in states like West Bengal, Odisha and Telangana during the last five years while maintaining its dominance in states where it had done well in the last general elections.
In a similar way, the party will expand itself in new states in the coming years, he said.
Shah noted that he had made a similar observation during his presidential address at the party's national council in August 2014 and has been proved correct with the party improving its tally of 282 seats by wining 303 seats in the recent polls.
While the BJP witnessed big success in states like West Bengal and Odisha, two places where it had always been a marginal player, it was unable to win any seat in the three southern states of Tamil Nadu, Kerala and Andhra Pradesh. The party there has to expand its reach and win over new sections of society.
Yadav said Shah credited the hard work of crores of party supporters at the booth level for the BJP getting more than 50 per cent vote share in 220 seats in the general elections and winning over 303 seats.
This mandate is against casteism, family rule and communalism, the party president said and noted the decimation of the SP-BSP alliance in Uttar Pradesh which, he added, had ended the myth about the strength of caste-based parties.
The BJP had claimed that it had 11 crore people as its members during its 2014 drive. The party now aims to bump up the membership by 20 per cent more.