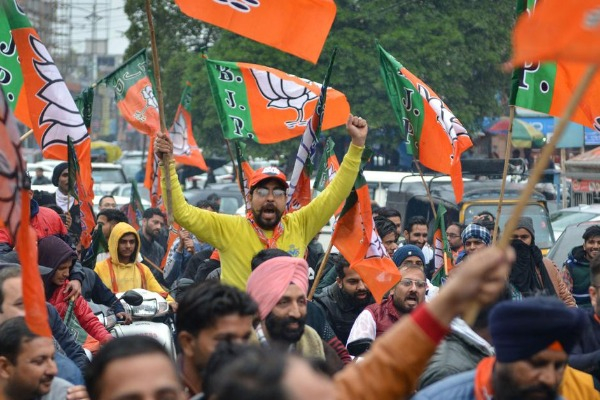 Two exit polls telecast by Times Now gave the NDA 296 and 306 seats, while they projected 126 and 132 for the Congress-led UPA
The CVoter-Republic exit poll has forecast 287 and 128 seats for the NDA and UPA respectively
However, Neta-News X predicted that the National Democratic Alliance could fall short of the majority and win 242 seats. It gave the UPA 164 seats
Elections to 542 seats of the Lok Sabha ended Sunday. The majority mark is 272
An exit poll on News 18 forecast that the NDA will win 292-312 seats while it gave 62-72 seats for the UPA
Many exit polls predicted that SP-BSP alliance in Uttar Pradesh is likely to trump the BJP in the country's politically most crucial state. The BJP had won 71 and its ally Apna Dal two of its 80 seats in 2014
However, many news channels are yet to give a final figure.
The saffron alliance may not touch even half way mark of 40 in Uttar Pradesh this time, some exit polls said.
The counting of votes will take place on May 23.