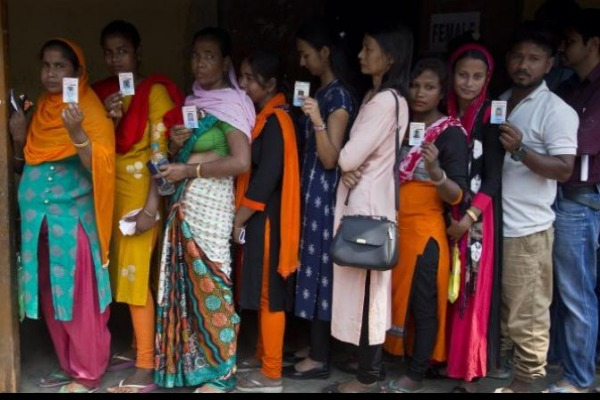 Over 64 per cent voter turnout was recorded in the third phase of Lok Sabha polls on Tuesday, the Election Commission said.

In the third phase, voting was held in 116 Lok Sabha seats, including all constituencies in Gujarat and Kerala, with BJP president Amit Shah, Congress chief Rahul Gandhi and several Union ministers among prominent candidates in the fray.
Voter turnout in the third phase of Lok Sabha elections is 64.66 per cent, the poll panel said.
In the first two phases, election was held to 91 and 95 seats on April 11 and April 18 respectively. Election to 543 seats is being held in seven phases. The counting of votes will be on May 23.