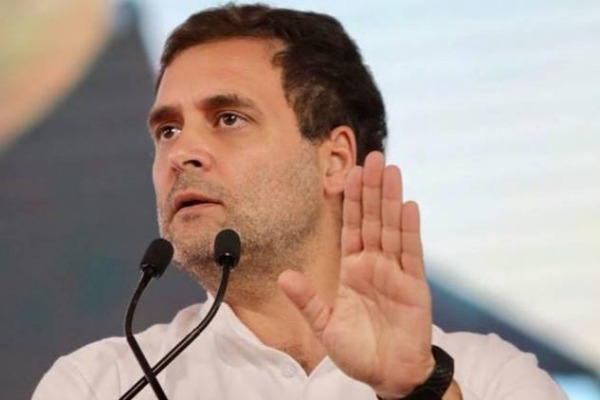 Congress President Rahul Gandhi Sunday asked leaders and workers of the Congress-JDS alliance in Karnataka to strive unitedly to defeat the Modi government in the Lok Sabha polls.

Gandhi's comments come amid reports of deep resentment in several constituencies among local leaders and workers of the Congress and JDS, which are fighting the polls unitedly.
He asked the Congress workers and leaders to work for JDS candidates and made a similar appeal to JDS counterparts, emphasising that their main target was to "defeat Modi."
Gandhi accused the Modi government of benefitting only the rich and his "industrialist friends" and not doing anything to help the farmers who were in distress.
He also raked up the "Yeddyurappa diary" issue, referring to the allegation that the former Chief Minister had paid Rs 1,800 crore as bribe to the party top brass.
"Whose money is Rs 1,800 crore?" Gandhi asked, as he mentioned about the alleged entries in the diary about payments having been made to senior BJP leaders.
"Where did this money come from?" he asked, adding it came from farmers.
Yeddyurappa has rubbished the allegations as "atrocious and malicious" while the Income Tax department has dismissed it as a "forgery document" and a "set of loose papers".