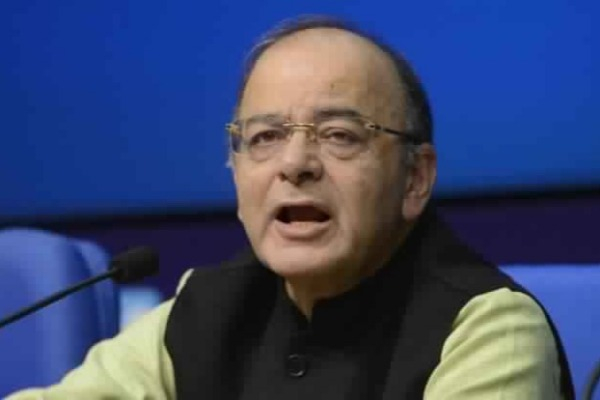 Finance Minister Arun Jaitley Wednesday slammed the opposition's criticism over the timing of announcement of 'Mission Shakti' as "clerical objections" and asserted that these parties were not at all bothered about national security.

Taking on the Congress, Jaitley accused that the erstwhile UPA government of not granting scientists permission to build the country's own anti-satellite missile, saying it lacked "capability and clarity".
Addressing a press conference at the BJP headquarters here, he said when India had test-fired the Agni-V missile in April, 2012, then DRDO chief V K Saraswat had said that India could now develop an anti-satellite missile but the government had not given its nod.
Targeting the Congress, he said those patting their own back for India's strategic missile programme were doing so for wrong reasons.
"If they want to rectify the Balakot (air strike) mistake, it is the opportunity for the opposition to do so and stand in support of our scientists," he said, referring to the air strike on a terrorist camp in Pakistan after the Pulwama terror attack.
Prime Minister Narendra Modi on Wednesday announced that India had demonstrated anti-satellite missile capability by shooting down a live satellite, describing it as a rare achievement that puts the country in an exclusive club of space super powers.
Underlining that "tomorrow's wars" will not be the same and that the nation has to prepare for future geopolitical situations, he said this technology will serve as a "deterrent".
Responding to the opposition's criticism about the timing of making this announcement amid the model code of conduct for the national elections, he said they are not at all bothered about national security and raising clerical objections.
"While we are discussing national security and geo-political situation, the opposition is raising 'clerical objections' in Mission Shakti. It reminds (me) of the saying 'when the finger points to the moon, the idiot always points to the finger'," he said.
He further said that after having made a historic blunder following the Balakot strike, history has given the opposition a chance to make amends.
"The lower they go, the stronger we will emerge," Jaitley said asserting the Mission Shakti is about India and not the BJP.
Opposition parties are complaining that Modi's announcement of success Mission Shakti, that now India has anti-satellite missile capability to shoot down a live satellite, is a violation of code of conduct.
The Model Code of Conduct came into effect on March 10, when dates for the upcoming Lok Sabha elections were announced. The elections will be held between April 11 and May 19, and the votes will be counted on May 23.