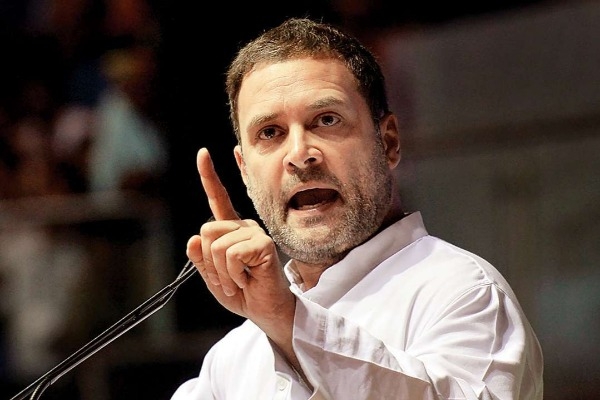 Declaring that "dictatorship has become a vocation" in Prime Minister Narendra Modi's regime, Congress chief Rahul Gandhi Wednesday said people in Chhattisgarh will remember the attack on his party's workers in Bilaspur as an act of "political persecution".

Taking to Twitter a day after police beat up protesting Congress workers in the Chhattisgarh town, leaving several injured, the Congress president trained his guns on the BJP-led Raman Singh government in the state and also tagged a video of the incident.
"In Narendra Modi's regime, dictatorship has become a vocation. The cowardly manner in which the fundamental rights of Congress workers in Bilaspur were attacked by the Raman Singh government will be remembered by the people there as political persecution," he said on Twitter in Hindi.
At least seven Congress workers were injured on Tuesday when police beat them with sticks in Chhattisgarh's Bilaspur city after they allegedly threw garbage inside a minister's house.
The opposition party claimed its workers were carrying out a peaceful protest against Urban Administration Minister Amar Agrawal but were brutally beaten up by police.
Additional Superintendent of Police (ASP) Neeraj Chandrakar claimed Congress workers threw garbage inside the minister's house and also roughed up a policewoman and some male constables, following which a case was registered against them.
The protesters then went to the district Congress office and staged a sit-in, the police officer said.
When police tried to arrest them, Congress workers again got into a scuffle with police so "mild force" was used to arrest the workers against whom the case had been lodged, Chandrakar said.
At least 52 Congress workers were arrested and seven of them sustained injuries in the process, the ASP said.