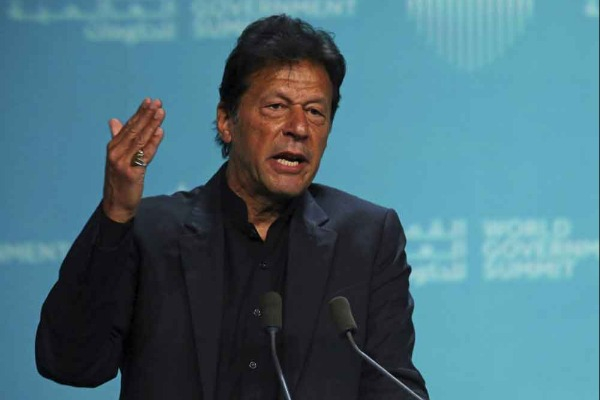 India Tuesday strongly rejected Pakistan Prime Minister Imran Khan's response to its allegations of Islamabad's involvement in the Pulwama attack, saying disclaiming its link with terrorist attacks is an oft-repeated excuse by the neighbouring country

In a hard-hitting statement, the Ministry of External Affairs said India was not surprised that Khan refused to acknowledge the attack on India's security forces in Pulwama as an act of terrorism.
It said the Prime Minister of Pakistan has neither chosen to condemn the heinous act nor condoled with the bereaved families.
"Disclaiming any link between the terrorist attack and Pakistan is an oft-repeated excuse by Pakistan. The Pakistani Prime Minister has ignored claims made by the Jaish-e-Mohammad, as well as by the terrorist, who perpetrated this heinous crime," the MEA said
"It is a well-known fact that Jaish-e-Mohammad and its leader Masood Azhar are based in Pakistan. These should be sufficient proof for Pakistan to take action," it said
In a video message, Khan Tuesday assured India that he would act against the perpetrators of the Pulwama terror attack if New Delhi shares "actionable intelligence", but warned against any "revenge" retaliatory action
Khan responded to the Indian allegations on Pakistan's involvement in the attack in Kashmir last Thursday that left 40 CRPF personnel dead.