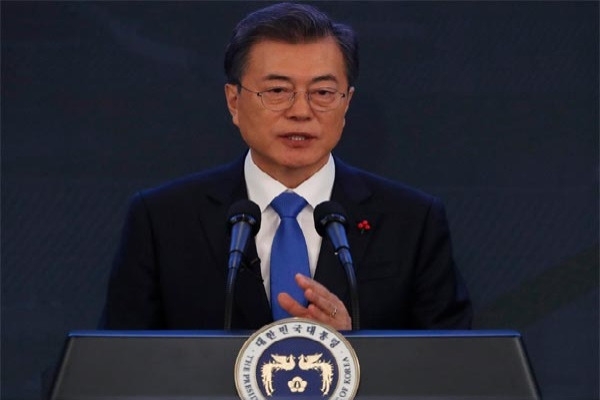 Seoul: South Korean President Moon Jae-in will visit India from July 8 to 11, his presidential office said on Monday, and hold a summit with Prime Minister Narendra Modi where their discussions are expected to focus on economic cooperation. Having been invited by Modi, Moon will also meet with President Ram Nath Kovind on his first visit to the country, the statement said.

South Korea's presidential Blue House added India is becoming a crucial partner for Seoul not only in terms of the economy but regarding its plans for peace and prosperity on the Korean peninsula as well. South Korea established formal ties with India in 1973. After his visit to India, Moon will also visit Singapore from July 11 to 13, the Blue House said, and give a speech on his vision and policies for permanent peace on the Korean peninsula as well as cooperation with Asian countries in the region.