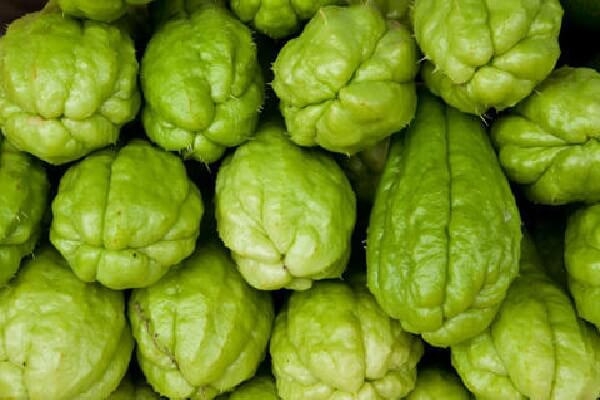 Mexico City: Researchers from the National Autonomous University of Mexico (UNAM) developed a hybrid chayote fruit from two wild Mexican species, which could be used to battle cancer. Lead scientist Edelmiro Santiago Osorio said that the raw extract of this fruit is as effective as Cytarabine, a medication used to treat some types of cancer, Efe quoted a statement released on Wednesday as saying.

The researcher said that Cytarabine works by interfering in the synthesis of DNA, limiting the growth of malignant cells. According to Santiago Osorio, the raw extract of the hybrid created in his laboratory is 1,000 times as strong as that of regular chayote fruits, which is why he is seeking to launch a business that would put the active substance of this super-chayote on the market. "One would have to eat many kilos of regular chayote to have the same effect as the hybrid. In any case, it is very healthy to eat this Cucurbitaceae. In fact, many hospitals have included chayote fruits on their menus," he said.

This line of research, according to the statement, was conceived in 2005 as part of efforts by agronomists to discover the possible medicinal benefits of chayote fruits. According to figures from the World Health Organization, cancer is the second cause of death in the world, killing nearly 9 million people a year. In Mexico, where cancer is the third cause of death, 195,925 new cases were reported in 2013, killing 84,172 people in that same year.