Is beer good for diabetes, here’s a diabetic’s guide to drinking alcohol 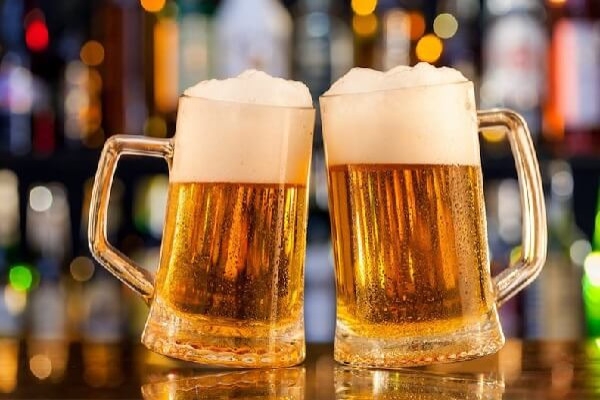 A pint of beer or a glass of wine may seem harmless, and hard to resist if you are with friends. But, bear in mind, alcohol may contain a lot of carbohydrates which can make it risky for diabetics and people who are trying to lose weight. “Beer raises blood sugar levels as it contains sugar in the form of maltose or maltodextrin,” says nutritionist Anjali Peswani.

While diabetics pay attention to what they eat, they often forget to consider the calorie content of alcohol. “The higher the amount of carbohydrates in alcohol, the greater is the risk of developing high blood sugar,” says Dr Deepti Bagree, who is based out of Mumbai and is Head Of Department -Healthcare, RESET : Holistic Living. A can of beer has approximately 150 calories. But because of its low alcohol content, people often end up drinking several glasses of beer and thus end up consuming almost 600 calories. “These empty calories don’t provide your body with proteins, fats, minerals or vitamins. Since it has about 15 grams of carbohydrates, 4 cans come to about 60 grams of carbs. You are also likely to eat snacks – peanuts or chips – with it. The outcome is a high-calorie meal. If your sugar levels are high from Type II diabetes, this could be a toxic overload,” says nutritionist and fitness expert Ritesh Bawri, who is based out of Mumbai.

Alcohol, once ingested, can travel into the stomach and doesn’t need to be digested like regular food. The outcome is that alcohol will enter the bloodstream and travel to the brain almost instantly. “Alcohol also confuses the liver and prevents it from producing glucose. If you drink too much, your blood sugar levels will drop, and you could get hypoglyacemia (low blood sugar). You will now need to consume sugar to elevate sugar levels and may end up with excess sugar, depleted insulin or insulin resistance,” says Bawri. Dr Bagree advises that diabetics limit their intake of beer to the bare minimum. And for those who have beer, she advises them to avoid drinking beer on an empty stomach, and instead have a low-carbohydrate snack as accompaniment. “Since the sugar content of beer takes more time to flush away, choosing low-calorie or mild beer (15 gms of carbohydrates are present in 12 ounce of beer whereas mild beer only has 3-6 gms) is the best option. Avoid mixing sugar-rich colas with alcohol. It’s also best to drink slowly and hydrate between drinks (beer is a diuretic and depletes electrolyte balance) to ensure minimum damage to the body,” she says.

In extreme cases, the sugar spike can lead to high blood pressure and can cause a partial paralytic attack or cardiac arrest, warns Peswani. “Alcohol can also react negatively with diabetic medications like metformin and insulin; these medicines reduce sugar levels and intake of alcohol can drop it further,” says Dr Bagree. While beer is high on calories, red wine, which is believed to be good for the heart and rich in antioxidants contains approximately 120 calories, but is low on carbohydrates. However, mixers like sodas and fruit juice can increase sugar levels to a great extent. While an excess of alcohol can be risky, Peswani says that a drink or two combined with complex carbohydrates like millet, oats or tapioca can be safe for diabetics. Bawri suggests that diabetics make lifestyle modifications to reduce sugar levels and only then should they consume the occasional glass of beer. “In the meantime, if you must drink, stick to dry wines or champagne that are low in sugar. And look for the nutritional values before you start drinking copious amounts of it,” he says.