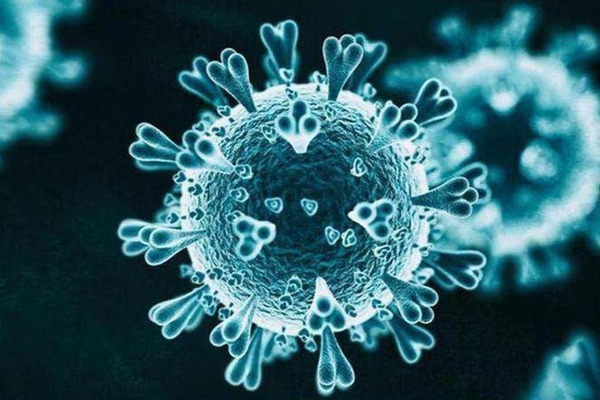 The faster spreading coronavirus strain first detected in the UK is unlikely to make vaccines less effective as of now but the preventives may need to be appropriately altered if more mutations occur over time, say scientists.

More than 40 countries, including India, have banned travel to and from the UK, a move several scientists said was necessary in view of the rapid spread of the new viral strain, VUI-202012/0, that was detected on September 21.
According to Jeremy Farrar, director of the London-based research charity Wellcome Trust UK, there is no indication at the moment that the new strain would evade treatments and vaccines.
However, the mutation is a reminder of the power of the virus to adapt, and that cannot be ruled out in the future. Acting urgently to reduce transmission is critical, Farrar said in a statement.
The European Centre for Disease Prevention and Control (ECDC) announced on Sunday that the rapid increase of a SARS-CoV-2 variant with multiple spike protein mutations have been observed in the UK.
Preliminary modelling results communicated by the UK on December 19 suggest that the variant is significantly more transmissible than previously circulating variants, with an estimated increase in reproductive number (R) by 0.4 or greater with an estimated increased transmissibility of up to 70 per cent, EDC said in a statement.
R number denotes the expected cases directly generated by one case in a population while transmissibility is the ability of a virus to be passed on from one person to another.
The ECDC, however, said there is no indication of increased infection severity observed related to the variant. The assessment is challenged by the fact that the majority of cases were reported in people under 60 years who are less likely to develop severe symptoms, it said.
The new strain of the virus is known to have 13 mutations in the spike protein of which the N501Y mutation is responsible for it spreading 70 per cent faster than earlier versions of the virus, said Deepak Sehgal, professor and head of department of Life Sciences, Shiv Nadar University.
N501Y is the mutation. The 501st position in the spike protein's amino acid chain has altered from asparagine, denoted by the letter N, to tyrosine, represented by the letter Y, therefore N501Y, scientists explained.
Spike protein is a crown protein on the virus which comes in contact with human cells to enter and infect.
Sehgal noted that the new variant has mutations to the spike protein that the three leading vaccines are targeting. The three leading vaccines are Moderna, Pfizer and Oxford-AstraZeneca.
However, vaccines produce antibodies against many regions in the spike protein, so it's unlikely that a single change would make the vaccine less effective, Sehgal told PTI.
Over time, as more mutations occur, the vaccine may need to be altered.
This happens with seasonal flu, which mutates every year, and the vaccine is adjusted accordingly, Sehgal explained. The SARS-CoV-2 virus, however, doesn't mutate as quickly as the flu virus, he added.
Virologist Upasana Ray agreed with Sehgal, noting that there is not enough evidence to suggest that these mutations may affect the efficacy of current vaccine candidates.
It is important to remember that we don't know whether this variant is a serotype' (variant)," Ray, a senior scientist at CSIR-IGIB Kolkata, told PTI.
She explained that it is still unknown if the new strain interacts with the host immune system differently compared to other existing variants.
As such, there is no evidence to date that this variant alters disease severity, either in terms of mortality or the seriousness of the cases of COVID-19 for those infected.
She said the structural proteins of a virus are responsible for the attachment of the virus receptor and co-receptor in cells, ultimately leading to the entry of the virus inside the host cells.
Thus changes in the structural protein might influence strength of virus-receptor interactions and thus infectivity, she added.
The researchers said experimental data suggested the mutation N501Y of the coronavirus was seen to enhance infection in mice and led to increased infectivity and virulence.
Mutation threat in spike virus may lead to the faster entry of the virus into human cells increasing the infectivity. Only one change of amino acid from asparagine to tyrosine has made the difference in the strain enhancing its transmissibility, Sehgal added.
One of the most significant changes is an N501Y mutation in the spike protein that the virus uses to bind to the human ACE2 receptor through which the virus enters the body.
Changes in this part of spike protein may, in theory, result in the virus becoming more infectious and spreading more easily between people, said Sehgal.
The researchers supported the temporary travel bans to and from the UK to stall the spread of the new viral strain.
The ECDC said there were indications of a more widespread occurrence of cases across the UK, adding a few cases were detected in other countries as well.
Italy reported that a citizen who had recently travelled to the UK tested positive for the new strain of the virus.
The strain has also been found in Australia, South Africa, Brazil and Italy. It is absolutely essential to stop the travel to spread this new strain in the world, Sehgal said.
The countries where this virus strain has not been reported may be due to non-testing and hence not known. So to ascertain the existence or spread of the strain, all countries require thorough testing of the circulating viral strains, he added.
The new strain was first detected in the UK in September. In November, around a quarter of cases in London were the new variant. This reached nearly two-thirds of the cases in mid-December.