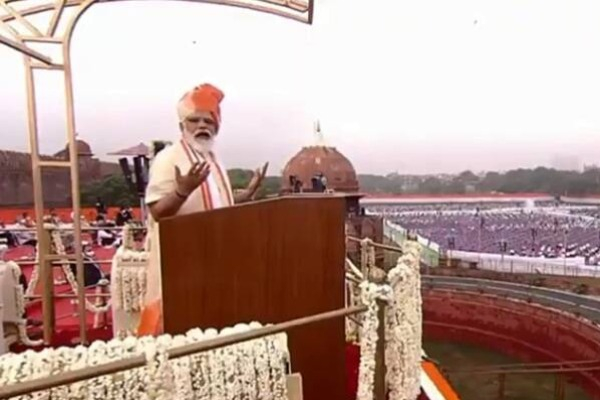 Prime Minister Narendra Modi on Saturday issued a veiled warning to China and Pakistan saying whoever challenged the country's sovereignty got a befitting reply as he made a push for 'Aatmanirbhar Bharat' with a Make for World' call and announced a National Digital Health Mission.