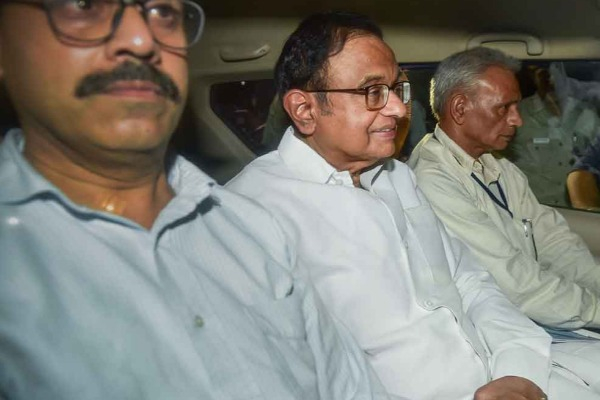 Former Union finance minister P Chidambaram spent a quiet night in the CBI guest house on the ground floor of the agency headquarters after his dramatic arrest from his posh residence in the INX media corruption case, officials said on Thursday.

Chidambaram, 73, was kept in the suite 5 of the guest house, they said.
It is normal for the agency to keep high security arrested accused in the guest house to ensure proper security and monitoring, the officials said.
Chidambaram, accompanied by the members of the investigation team, was brought to the CBI headquarters at around 10 Wednesday night, they said.
After a thorough medical check-up by a doctor from the Ram Manohar Lohia Hospital, he was taken to the room where he spent a quiet night, the officials said.
Mostly, they said, he remained silent except answering a few queries as and when questioned by the CBI officers.
His questioning will start at around 10 Thursday morning under DySP R Parthasarthy who is leading the probe in the alleged corruption in Rs 305 crore clearance given to INX media when he was the Union finance minister, the officials said.
The firm once promoted by Peter and Indrani Mukerjea, both in jail for murdering latter's daughter Sheena Bora, had allegedly made payments to a firm linked to finance minister's son Karti Chidambaram, the CBI has said in the FIR.
P Chidambaram has strongly denied the allegations, saying the payments were for consultancy and his son was in no way associated with that company.