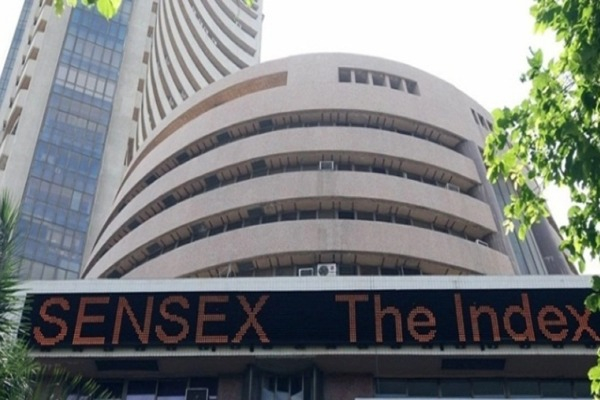 Equity benchmark BSE Sensex tumbled 463 points while the NSE Nifty closed below the key 11,000-mark on Thursday amid heavy selling in metal, banking and tech stocks.

Lacklustre economic data, unabated foreign fund outflows and disappointing quarterly earnings also dented market sentiment, traders said.
After a weak opening, the 30-share BSE Sensex plunged more than 750 points in late-afternoon trade, before finally ending at 37,018.32, down by 462.80 points or 1.23 per cent.
Similarly, the broader NSE Nifty dropped 138 points or 1.24 per cent to end at 10,980.00.
In the Sensex pack, Vedanta took the biggest hit (5.55 per cent), followed by Tata Motors, SBI, Yes Bank, Bharti Airtel and Infosys, which lost up to 4.50 per cent.
On the other hand, Maruti, Power Grid, Reliance, Bajaj Auto, Hero MotoCorp, HUL and NTPC ended in the green, spurting up to 1.86 per cent.
Overall investor sentiment was weak after official data released after market hours on Wednesday showed that growth of eight core industries dropped to 0.2 per cent in June, mainly due to contraction in oil-related sectors as well as cement production.
Additionally, the government's fiscal deficit touched Rs 4.32 lakh crore for the June quarter, which is 61.4 per cent of the budget estimate for 2019-20 fiscal.
On the global front, the US Federal Reserve reduced the benchmark lending rate by 25 basis points to 2.0-2.25 per cent on Wednesday for the first time in more than a decade.
However, Fed Chair Jerome Powell said the move was not the beginning of a long series of rate cuts, sending global markets lower.
Major automobile manufacturers on Thursday reported disappointing July sales data.
In addition, subdued corporate earnings also continued to weigh on the markets, traders said.
Foreign investors sold shares worth Rs 1,497.07 crore on a net basis on Wednesday, as per provisional data with stock exchanges.
Elsewhere in Asia, Shanghai Composite Index, Hang Seng, and Kospi ended in the red, while Nikkei edged higher.
Equities in Europe were trading mixed in their early sessions.
Meanwhile, the rupee was trading 26 paise lower at 69.06 against the US dollar (intra-day).
The global oil benchmark Brent crude futures fell 1.05 per cent to USD 64.37 per barrel.