If we had Rafale results would have been different, says Modi 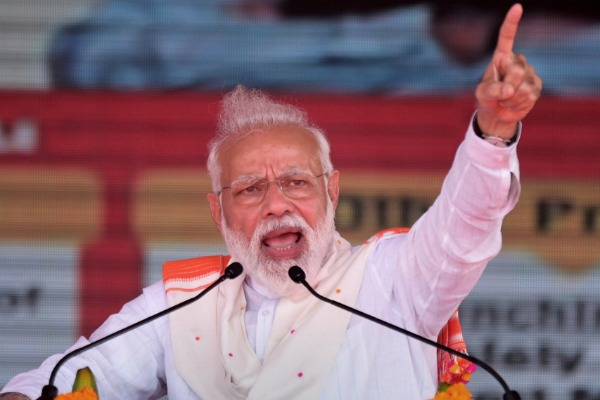 Days after the airstrike against terror camp in Pakistan and subsequent events, Prime Minister Narendra Modi on Saturday said the country was feeling the absence of Rafale and results would have been different if India had the fighter jets as he attacked the Congress for its tirade against his government over the aircraft deal.

"India is feeling the absence of Rafale. The entire country is saying in one voice today, that if we had Rafale, the results would have been different. The country has suffered a lot due to selfish interests earlier and now politics over Rafale," he said at the India Today conclave.Modi said he wanted to tell all those opposing him that they were free to criticise him and point out shortcomings but they should not harm the country's security interests.
Congress president Rahul Gandhi has been attacking Modi over the Rafale deal, alleging corruption and favourtism. The government has denied the charges.
Tearing into the Congress, Modi alleged its rule saw many defence scams. "They began with jeeps and later graduated to weapons, submarines, helicopters. The defence sector suffered in the process," he said.
"Those who ruled the country had interests in two things - doles and deals. The culture of doles and deals has harmed the country," he said targeting the Congress.
"Why is it that those who ruled the nation for so many years have so many defence scams in their era?
"If a deal could not happen, defence modernisation could not happen. Who is every middle-man close to," he asked, adding "the entire nation knows. And Lutyens Delhi, surely knows."
Modi said during his tenure, 2.3 lakh bullet proof jackets were bought while previous Congress-led government ignored the proposal since 2009.
"In our tenure, the corridors of power are also free from middlemen because they know, this government will not tolerate any corruption," he said.
Modi said his government's 55 months in power and 55 years of others' rule had given two contrasting approaches to governance. Previous governments had a token approach', we have a total approach', he said.
A day after the return of Wing Commander Abhinandan Varthaman, Modi said the life of every jawan was valuable to us.
He also said that there was fear in the neighbouring country of the bravery and valour of Indian armed forces and it was good.
He also criticised the previous Congress governments for not doing anything to implement the OROP (One rank, one pension) scheme for armed forces and asked why there was no war memorial for the soldiers.
Indian fighters bombed terror group Jaish-e-Mohammed's biggest training camp near Balakot deep inside Pakistan early Tuesday.
Pakistan retaliated by attempting to target Indian military installations on Wednesday. However, the IAF thwarted their plans. IAF pilot Varthaman shot down an F-16 fighter of the Pakistan Air Force shortly before his jet was hit during the fierce dogfight.
The Indian strike on the JeM camp came 12 days after the terror outfit claimed responsibility for a suicide attack on a CRPF convoy in Kashmir that killed 40 soldiers.