PM faces open book Rafale exam in LS, will he show up or send proxy: Rahul 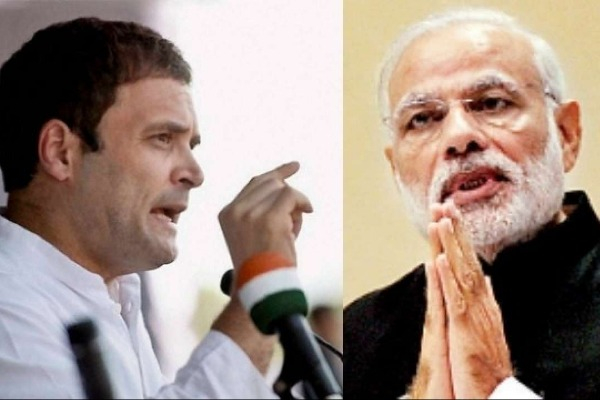 Congress president Rahul Gandhi Wednesday said Prime Minister Narendra Modi faces an open book exam on the Rafale deal in Parliament on Thursday and asked if he will show up at the exam or send a proxy.

He also sent a set of four questions to the prime minister for the "exam", asking him why an amount of Rs 1,600 crore was paid for each aircraft instead of Rs 560 crore and why the contract was given to "AA", an abbreviation used for the Reliance Group's Anil Ambani, and not the public sector Hindustan Aeronautics Limited (HAL).
"Tomorrow, the PM faces an Open Book Rafale Deal Exam in Parliament.
"Here are the exam questions in advance: Q1. Why 36 aircraft, instead of the 126 the IAF needed? Q2. Why 1,600 Cr instead of 560 Cr per aircraft. Q4. Why AA instead of HAL? Will he show up? Or send a proxy?," the Congress chief said on Twitter.
He later tweeted another question, terming it as "The Missing Q3!".
Gandhi said he had held back the question as the Lok Sabha speaker had said he could not talk about the Goa tape.
"I had held back Q3 because Madam Speaker had said, "no talking about the Goa tape"! But the missing Q3 has become as controversial as Rafale :) So on popular demand: Q3. Modi Ji, please tell us why Parrikar Ji keeps a Rafale file in his bedroom & what's in it?," he wrote on the microblogging website.
The Congress chief launched an offensive against Modi in the Lok Sabha on Wednesday and later addressed a press conference, alleging that the prime minister was "hiding in his room" and did not have the guts to face questions in Parliament on the Rafale deal.
Stepping up his attack on Modi over the Rafale issue, Gandhi used an audio clip to allege that Goa Chief Minister Manohar Parrikar was "blackmailing" Modi with a file on the Rs 58,000-crore fighter jets deal "lying in his bedroom".
Citing an audio clip of a conversation purportedly of Goa minister Vishwajit Rane, Gandhi said he could be clearly heard saying that Parrikar told his cabinet during a meeting that all documents relating to the Rafale deal were with him.