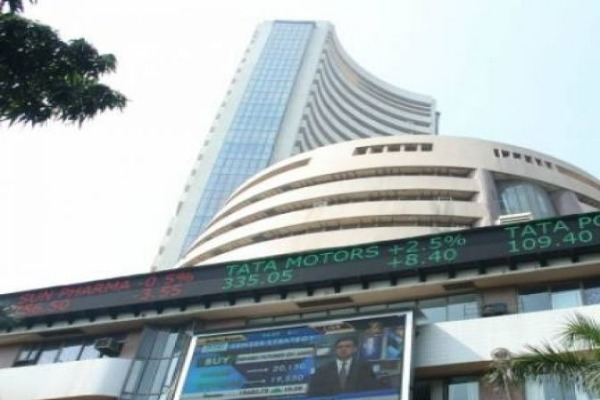 BSE benchmark Sensex rallied 391 points and NSE Nifty reclaimed the 10,800 level Thursday on positive cues from Wall Street as US stocks recovered from heavy losses after the White House assured that US President Trump had no intention of firing the Fed chairman.

The 30-share index was trading 322.71 points, or 0.91 per cent, higher at 35,972.65.
The index had broken its three-day falling streak in the previous session Monday by ending 179.79 points, or 0.51 per cent, higher at 35,649.94.
The broader Nifty too jumped 88.65 points, or 0.83 per cent, to 10,818.50 .
The gains on Dalal Street were led by IT, metal, auto and financial stocks.
Top gainers include TCS, Reliance, Infosys, HDFC Bank, ITC, ICICI Bank, IndusInd Bank, Axis Bank, HUL and SBI, rising up to 2 per cent.
On the other hand, Bharti Airtel, PowerGrid, NTPC, Asian Paints and Hero MotoCorp were the top losers, falling up to 1 per cent.
Global investor sentiment was boosted after White House economic advisor Kevin Hassett, in a television interview, assured that US President Donald Trump had no intention of firing the chairman of the Federal Reserve Jerome Powell.
Hassett also downplayed jitters over the economic outlook, following plummeting stock market prices.
Dow Jones Industrial Average index had plunged 653.17 points, or 2.91 per cent, to 21,792.20 in its previous session Monday on reports that US President Donald Trump was weighing options to fire Federal Reserve Chairman .
The rupee, meanwhile, weakened against the US dollar, and was trading at 70.27 a dollar, down 0.27 per cent from its previous close.
Brent crude, the international benchmark, was down 1.18 per cent at USD 54.64 per barrel.
On a net basis, foreign portfolio investors (FPIs) bought shares worth Rs 80.28 crore Wednesday, while domestic institutional investors (DIIs) were net sellers to the tune of Rs 137.63 crore, provisional data available with BSE showed.
Elsewhere in Asia, Japan's Nikkei rallied 3.84 per cent, Hong Kong's Hang Seng was up 0.60 per cent, Kospi gained 0.16 per cent and Shanghai Composite Index rose 0.56 per cent in early trade.