Rupee falls 34 paise against US dollar in early trade 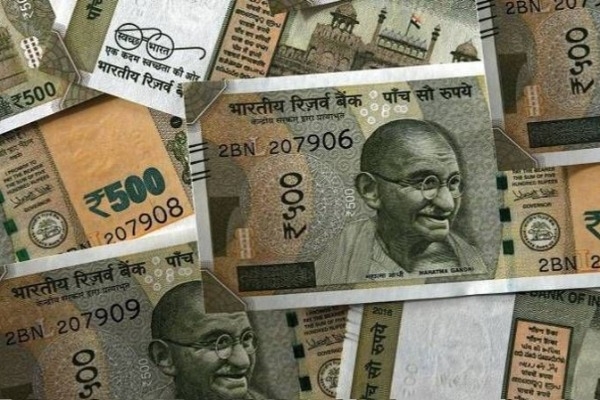 The rupee depreciated 34 paise to 72.79 against the US dollar in early trade at the interbank forex market Monday on foreign fund outflows.

The rupee opened lower at 72.76 per dollar against previous close of 72.45 and dropped further to quote 34 paise down at 72.79 in opening trade.
Traders said increased demand for the US currency from importers and losses in the domestic equity market weighed on the rupee.
Besides, the dollar trading higher against some currencies overseas too put pressure on the rupee, they added.
The rupee on Friday clocked its biggest single-day gain in over five years, surging by 100 paise to close at 72.45 against the US dollar on easing crude oil prices.
The benchmark BSE Sensex fall 100.54 points, or 0.29 per cent, to 34,911.11 in opening session.