Petrol, diesel prices cut by Rs 2.50 after excise reduction; oil cos absorbing Re 1 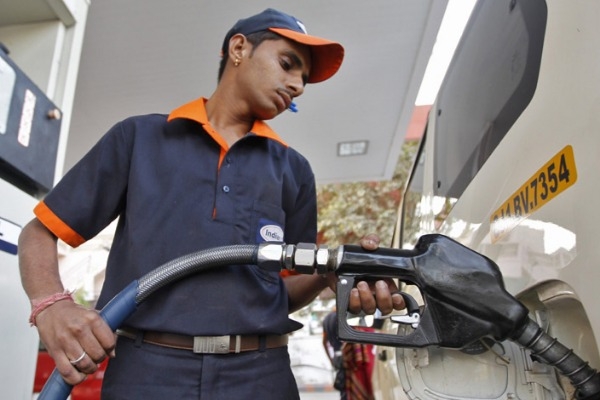 The government Thursday announced a Rs 2.50 a litre cut in petrol and diesel prices, factoring in excise duty reduction of Rs 1.50 per litre and asking oil companies to absorb another Re 1

Finance Minister Arun Jaitley said the excise duty cut would have an impact of Rs 10,500 crore on central government's tax revenues
He also asked state governments to follow suit by cutting a sales tax or VAT by a similar amount
The reduction followed petrol and diesel prices touching new highs
In Delhi, where the fuel prices are the lowest among all metros and most state capital, petrol is sold at Rs 84 per litre and diesel at Rs 75.45
Jaitley said the move followed Brent crude oil touching four-year high of USD 86 a barrel Wednesday and interest rates in US reaching seven-year high
Inflation in India, however, is still moderate at less than 4 pe cent and higher direct tax collections give comfort with regard to fiscal deficit, he said adding domestic macroeconomic indicators are strong and stable, except for current account deficit (CAD).