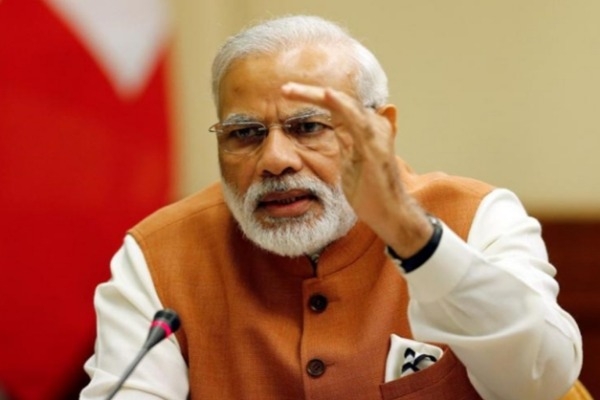 Prime Minister Narendra Modi said Thursday the size of Indian economy will double to USD 5 trillion by 2022 with manufacturing and agriculture contributing USD 1 trillion each.

Speaking at the foundation laying ceremony of India International Convention and Expo Centre here, he cited this week's announcement of merger of Dena Bank, Vijaya Bank and Bank of Baroda to create the country's third largest lender to say that the government will not shy away from taking tough decisions in the national interest.

Indian economy, he said, will grow at over 8 per cent rate with massive employment generation being seen in IT and retail sectors. Macroeconomic fundamental of the economy are strong, he said.

The government's push for Make-in-India has led to 80 per cent of mobile phones currently in use being manufactured within the country, helping save Rs 3 lakh crore in foreign exchange.

The government, he said, has courage to take bold decisions.

Besides banks' merger, he cited the rollout the Goods and Services Tax (GST), which amalgamated 17 central and state taxes, among the bold measures taken by the government.