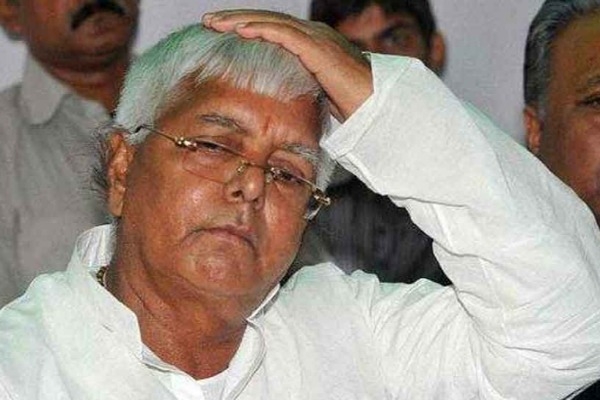 The court also issued production warrant against Prasad considering the fact that he is currently lodged in a Ranchi jail.
The court also summoned RJD member PC Gupta and his wife Sarla Gupta, a firm Lara Projects and 10 others, including IRCTC's the then MD PK Goyal, as accused in the case filed under the Prevention of Money Laundering Act (PMLA).
The court took note of the submissions made by ED's special public prosecutor Atul Tripathy that prima facie there was enough evidence against the accused in the matter.
The agency said in its report that Prasad and IRCTC officials allegedly misused their position in granting sub-lease right of two railway hotels at Puri and Ranchi to Sujata Hotel Pvt Ltd, owned by Vinay Kochhar and Vijay Kochhar. Kochhars also own Chanakya Hotel in Patna.
In lieu of the hotels' sub-lease, a prime plot of land in Patna was transferred to Delight Marketing Company Pvt Ltd (owned by family of PC Gupta who is a close associate of Yadav and an MP from RJD) in February 2005 at a rate which was much less than the then prevailing circle rates, the agency claimed.
According to the charge sheet, "The said company possessing valuable chunk of land gradually got transferred to Rabri Devi and her son Tejashwi by way of share purchase at nominal prices.
"The funds used to acquire the land had dubious origin and had been laundered through 151 group of companies belonging to P C Gupta by using an NBFC named Abhishek Finance Company Limited."
Subsequently, the shares of Delight Marketing Company Private Limited, it said, were acquired by Rabri Devi and Tejashwi at less than fair market value.
"It is noteworthy that the funds used for acquisition of shares by Rabri Devi are questionable and individuals from whom Tejashwi had purchased shares denied any knowledge of holding them," it said.
The ED said it has attached assets worth over Rs 44 crore in this case till now.
The CBI too has filed a charge sheet in this case in which the court has already summoned Yadav, his wife and their son as accused.
The CBI FIR had alleged that Yadav, during his tenure as the railway minister in UPA-I government, handed over the maintenance of two IRCTC hotels to a company in 2004 after receiving a bribe in the form of a prime land in Patna through a 'benami' company owned by Sarla Gupta.
The ED registered the criminal case against his family members and others under the PMLA, based on this CBI FIR.
The ED is investigating the alleged "proceeds of crime" generated by the accused, purportedly through shell companies, according to the officials.
The CBI FIR was registered on July 5 in connection with favours allegedly extended to Sujata Hotels in awarding a contract for the upkeep of the hotels in Ranchi and Puri and receiving premium land as "quid pro quo".