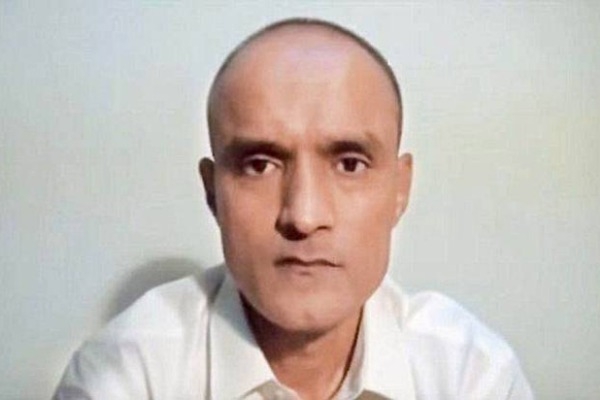 Pakistan has "solid evidence" against Indian national Kulbhushan Jadhav and is hopeful of winning the case against him at the International Court of Justice (ICJ), the country's new Foreign Minister Shah Mehmood Qureshi said today.

Jadhav, 47, was sentenced to death by a Pakistani military court on spying charges in April 2017. India moved the ICJ in May the same year against the verdict. The world court has halted Jadhav's execution on India's appeal pending the final verdict by it.
Both India and Pakistan have already submitted their detailed pleas and responses in the world court.
"We have solid evidence against Jadhav and are hopeful we will win the case in the ICJ," Qureshi told the media in his home city of Multan in southern Punjab.
"We will try our best to present our stance in an effective manner before the ICJ," he said.
Yesterday, the Geo TV citing sources had said that the world court will hear the case daily for a week in February next year.
Pakistan says its security forces arrested Jadhav from Balochistan province in March 2016 after he reportedly entered the country from Iran.
In its submission to the ICJ, Pakistan had stated that Jadhav is not an ordinary person as he had entered the country with the intent of spying and carrying out sabotage activities.
India denies all the charges and maintains that Jadhav was kidnapped from Iran where he had business interests after retiring from the Navy and that he has no links with the government.
On Indo-Pak talks, Qureshi said Pakistan wants to resolve the core issue of Kashmir in a peaceful manner through dialogue with India.
He hoped that India would reciprocate Pakistan's offer for talks.
Qureshi expressed confidence that Pakistan will be able to pull itself out from the quagmire of challenges it faces but urged the people to continue supporting the Pakistan Tehreek-e-Insaf (PTI) party-led government as "bitter decisions are made".
He said that in the first 100 days, the PTI will chart out a clear path for the direction the government will take, based on its manifesto.
"It has only been 2-3 days since we have come into power and there has only been one working day so far," said Qureshi.
"In the first Cabinet meeting, [Prime Minister] Imran Khan sahab has made some major decisions. He has given directions and you should see how happy the people are with those directions."
"They [the people] believe that their leader has understood their difficulties and taken on the mantle to adopt austerity," he said while addressing a query regarding how the Prime Minister plans on meeting the nation's expectations.