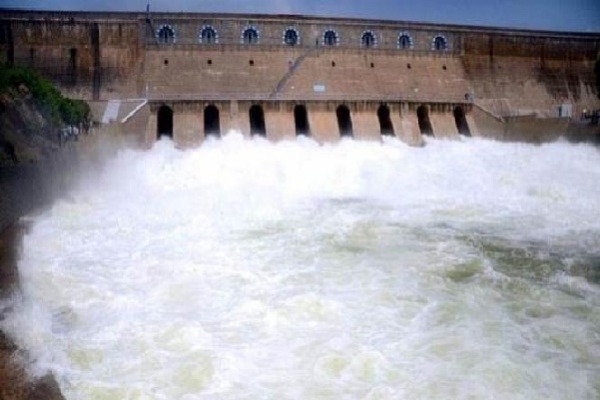 Mysuru: With the state receiving 17 per cent more rainfall than usual  this South West Monsoon as much as 26.5 TMC of water has already reached Biligundlu in Tamil Nadu since June 1, just 7.5 TMC short of the 34 TMC Karnataka has been directed to release to the neighbouring state by the end of July by the Supreme Court.

With rain continuing to batter the Cauvery catchment area, all the dams in the basin, including the Krishna Raja Sagar (KRS), Kabini, Harangi and Hemavathi continue to receive heavy inflow and having  reached full reservoir levels (FRL) in record time, are releasing huge quantities of water into the rivers. The KRS released the bulk of 81,842 cusecs to the Cauvery river leading to Tamil Nadu, followed by Kabini which released 35,800 cusecs on Tuesday.