Appeal for pronouncement of disputed area in Ayodhya as national heritage 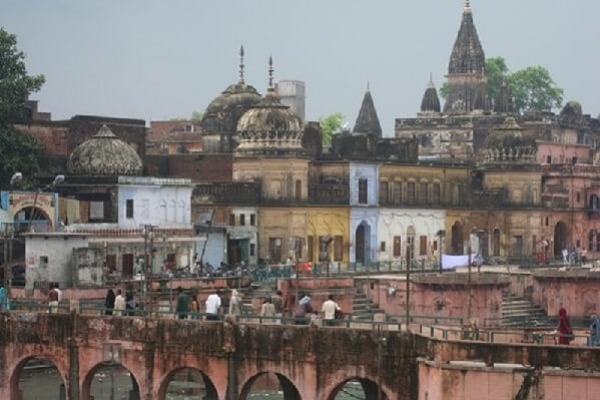 New Delhi: A petitioner who sought that the disputed Ram Janmabhoomi-Babri masjid site at Ayodhya be declared a national heritage was Friday asked by the Delhi High Court to file a representation in this regard before the Centre.

A bench comprising Acting Chief Justice Gita Mittal and Justice C Hari Shankar did not issue notice on the PIL and instead asked petitioner advocate Anu Mehta to make a representation before the Union Ministry of Culture in this regard. The bench said that the Centre may consider the representation and take a decision within three months. The PIL has sought a direction to the government to notify and acquire the disputed site and the monument under the Ancient Monuments and Archaeological Sites and Remains Act and declare it as the national heritage.

It further sought a direction to the Centre to preserve and protect the site, take necessary action "to preserve the monuments -- the ancient temple as well as the mosque -- independently". "If there was a requirement to separate the superstructure from the original structure, i.e., the entire monument at the site, the sanctity of both monuments should be maintained," the plea said.

It said that the disputed site was of archaeological importance and had "ancient monuments, antique artifacts and antiques which constitute our national heritage". "As per the Act, duty is cast upon the State to preserve ancient monuments and sites and accordingly the said site/monument ought to be accorded place and status of national importance, acquired from private owners and preserved by the state for sake of historical and cultural preservation of the country," the plea said.