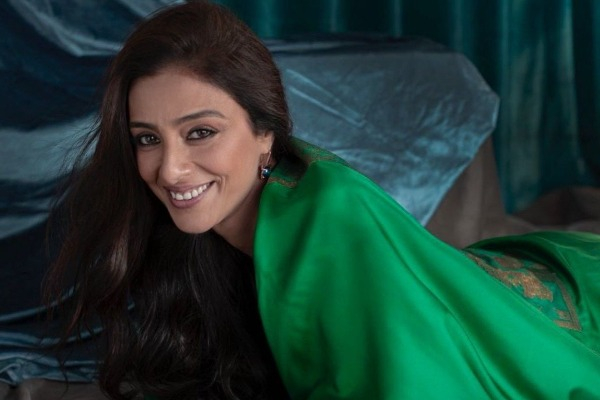 Tabu relishes the creative partnerships she shares with Vishal Bhardwaj and Bollywood superstar Ajay Devgn as the actor believes they always come to her with "work of substance".

Tabu said she considers both Bhardwaj and Devgn as her "safety net" in the industry.
"Vishal and Ajay come to me with something of substance. They know me so well. They know the best and worst of me, and I know the best and worst of them," Tabu told PTI.
Some of Tabu's finest work has been in films directed by Bhardwaj, notably "Maqbool (2003) and Haider (2015). She is currently working on the director's film "Khufiya", a spy film based on the popular espionage novel "Escape to Nowhere" by Amar Bhushan.
The actor will also be seen in the filmmaker's next home production "Kuttey", which marks the directorial debut of Vishal Bhardwaj's son Aasmaan.
With Devgn, Tabu has starred in films such as Vijaypath (1994), Haqeeqat (1995), Thakshak (1999), Drishyam (2015), Golmaal Again (2017) and De De Pyaar De (2019).
The two stars will next share screen space in "Drishyam 2" and "Bholaa", an action-drama which is a remake of Tamil movie Kaithi .
"I think I'm in my safety net for some time until I finish these films and then I don't know. It is like work, chill, and having fuN," the actor said abou her collaborations with the two.
Tabu credits Bhardwaj for giving her some of the best characters she has played on screen, like Nimmi in Maqbool and Ghazala Meer in Haider .
"Vishal has given me the best characters of my career. The synergy that I have with Vishal as a director is something that I have with very few directors. Even with Ajay, I have done fantastic and successful work with him, and he will never come to me with something that is not of great value," she added.
Tabu said she has known Devgn since childhood and considers him a part of her family.
"The fact that we have known each other since we were like 13- years-old, it's become like family, it's a relationship that has been there.
"When you work with people, when you feel comforted and you feel like this is my home and I can come like this, my film, it happens with both Vishal and Ajay. So, when I walk on their set, I feel this is my world and this is my kingdom," the actor added.
Tabu is currently awaiting the release of Bhool Bhulaiyaa 2 , starring Kartik Aaryan and Kiara Advani in the lead.
Speaking about the film, the actor said she hopes it works well in the theatres.
"It (film) has gone through many ups and downs, speed breakers. It is a big achievement for the team to see it come to theatres, we can't ask for more than this. I really hope it works, Tabu said.
Directed by Anees Bazmee, "Bhool Bhulaiyaa 2" is set to release on May 20.