Rohit Shetty to back series about cops, says Sidharth Malhotra not finalised 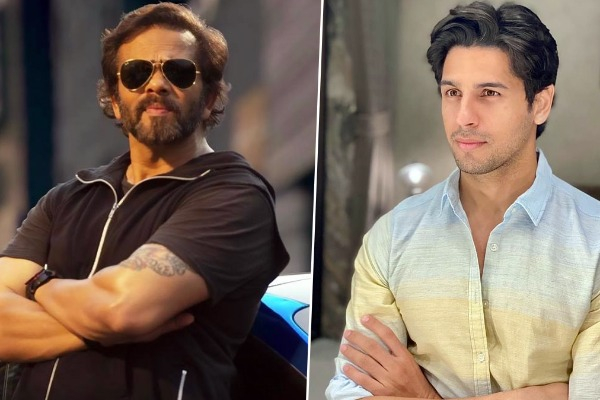 Filmmaker Rohit Shetty has dismissed reports that he has signed actor Sidharth Malhotra to headline his series about cops and said the project is still under development.

There was speculation that the "Shershaah" star was set to work on the Sushwanth Prakash-directorial, which would have Shetty as the showrunner.
In an interview with PTI, the filmmaker said the team had only written the show's first draft but had to put everything on hold as his much awaited action film "Sooryavanshi" was gearing up for a release.
"Not Sidharth Malhotra, the actor is not yet finalised. We are planning a web series, it is a cop-based show but nothing is finalised. We have written one draft. But in between everything changed - theatres started opening, we had to stop all our work and concentrate solely on 'Sooryavanshi," Shetty said.
"Sooryavanshi", the cop-drama headlined by Akshay Kumar, hit the theatres during the Diwali weekend, almost one-and-a-half years after its scheduled March 2020 release.
When things started looking up for the massive project, Shetty said everything, including the work on the series, took a back seat.
"Last three months have gone in just that, meetings, coordinating... It has been two weeks since 'Sooryavanshi' released but we are still pushing the film, seeing that it reached where we had thought of. So the series won't happen before next year. There is still a lot of time for that," he added.
Post "Sooryavanshi", the director's next film release would be Ranveer Singh-starrer comedy "Cirkus".
The film is based on William Shakespeare's classic play "The Comedy of Errors", which revolves around two sets of identical twins who were accidentally separated at birth.
"Cirkus" also stars Pooja Hegde, Jacqueline Fernandez, Varun Sharma, Johnny Lever, Sanjay Mishra and Vrajesh Hirjee, among others.