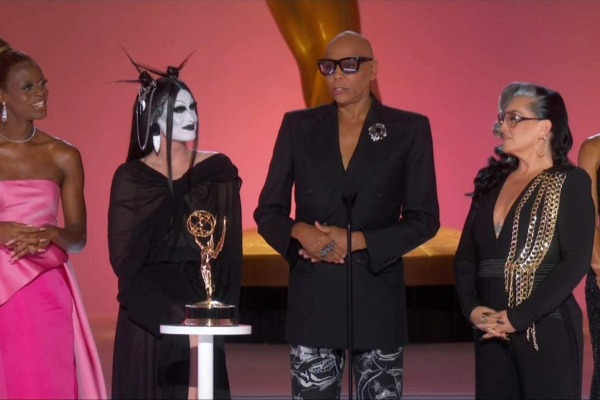 Celebrated TV personality RuPaul has become the most awarded person of colour in the history of the Primetime Emmy Awards after his show "Drag Race" won a trophy for outstanding competition program at the 73rd edition of premier television awards.

This is the fourth consecutive win for the show, which RuPaul also created, hosts and executive produces, in the category. "Nailed It!", "The Amazing Race", "The Voice" and "Top Chef" were also among the nominees.
RuPaul Andre Charles, known mononymously as RuPaul, was tied with industry veteran Donald A Morgan's record, who had 10 Emmy trophies from 19 nods across categories during last Sunday's Creative Arts Emmy Awards. He now has 11 Emmy wins to his credit.
For "RuPaul's Drag Race", he also won the Emmy in the outstanding host for a reality or competition program.
In his acceptance speech, the host-creator dedicated the award to the audience of the show.
"Really thanks to all of our lovely children on our show from around the world. You know, they are so gracious to tell their stories of courage and how to navigate this difficult life (that was more difficult this year). This is for you and for you kids out there watching. Come to Mama Ru," he said.
The show won four awards in total during the Creative Arts Emmys ceremony.
RuPaul also won the Emmy for unstructured reality program for the Drag Race companion "RuPaul's Drag Race Untucked", on which he serves as executive producer.