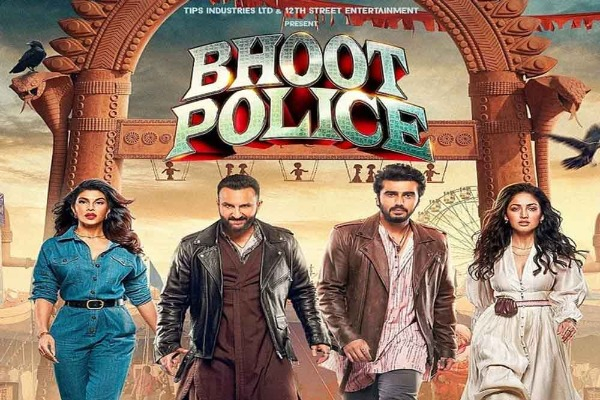 The release of Saif Ali Khan and Arjun Kapoor-starrer "Bhoot Police" has been pushed ahead and the film will now make its debut on Disney+ Hotstar on September 10, the streaming service announced on Tuesday.

The adventure horror-comedy film, also starring Jacqueline Fernandez and Yami Gautam, was earlier announced to release on September 17.
The official account of Disney+ Hotstar took to social media and shared the new release date for the movie.
"Good news for your weekend! Bad news for Bhoots. 'Bhoot Police' is releasing 7 days early! Streaming from 10th September," the post, which was also shared by the film's cast, read.
Directed by Pavan Kirpalani of "Phobia" and "Ragini MMS" fame, the film is produced by Ramesh Taurani and Akshai Puri.
Jaya Taurani is attached as a co-producer.
The team started filming in November last year in Himachal Pradesh and finished the production in February.
"Bhoot Police" is presented by Tips Industries Ltd in association with 12th Street Entertainment.