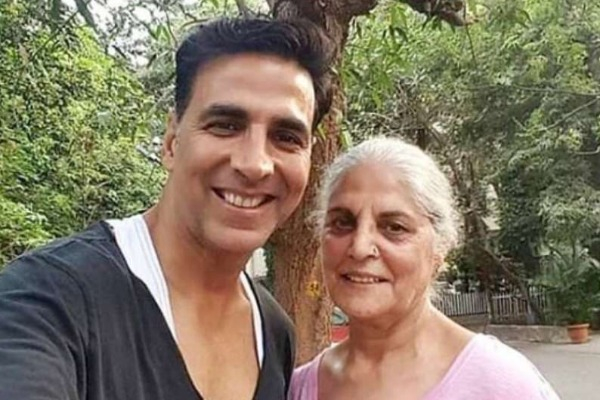 Superstar Akshay Kumar on Monday flew back to the country after his mother Aruna Bhatia was admitted to a hospital here.

Kumar was in the UK shooting for his upcoming movie "Cinderella", produced by Vashu Bhagnani and directed by Ranjit M Tewari, sources said.
"He flew back to the country this morning as his mother is unwell. She is currently in the hospital. He was shooting for 'Cindrella' in the UK.
"He has taken permission from the Bhagnanis (producers) and has come here," the sources said.
The 53-year-old actor's mother is reportedly admitted in the intensive care unit (ICU) of Hiranandani Hospital.
However, there is no clarity about her illness.
On the work front, Kumar most recently featured in Tewari's spy thriller "Bell Bottom".
He will next be seen in films like "Prithiviraj", "Sooryavanshi", "Bachchan Pandey", "Atrangi Re", "Ram Setu" and Raksha Bandhan".