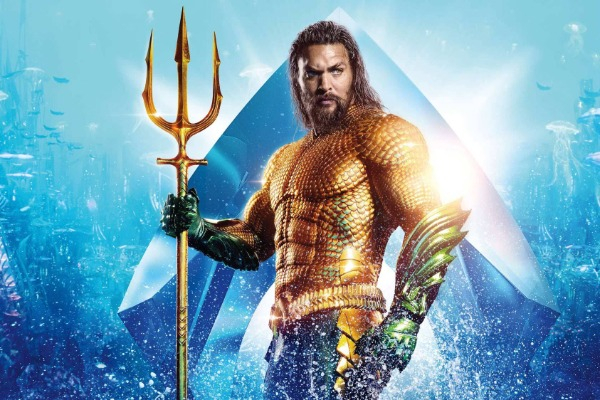 Titled "Aquaman and the Lost Kingdom", the sequel is once again being directed by filmmaker James Wan.
Momoa took to Instagram and shared two images of himself as Arthur Curry aka Aquaman.
In the first image, he is sporting the classic green and orange suit from the first blockbuster film, which came out in 2018.
The second image gives a glimpse of his dark new suit for the sequel.
"Second round. New suit. More action. #aquaman Aloha j," he wrote in the caption.
Wan also posted the looks on his Instagram account and revealed that the new "stealth suit" has camouflaging ability.
"Here's @prideofgypsies in the classic #Aquaman suit and a sneak peek at his other outfit the stealth suit. Atlantean tech based on cephalopod's camouflaging ability. David Leslie Johnson and I were inspired by the 80's 'blue suit'," he posted.
"Aquaman and the Lost Kingdom" will also feature Amber Heard as Mera, Patrick Wilson as Orm Marius / Ocean Master, Dolph Lundgren as King Nereus, Willem Dafoe as Nuidis Vulko and Yahya Abdul-Mateen II as David Kane / Black Manta.
The movie will be produced by DC Films, The Safran Company, and Atomic Monster Productions.
The movie is scheduled to be released in the US on December 16, 2022.