Lucky to have got opportunity to play real-life hero in 'Shershaah', says Sidharth Malhotra 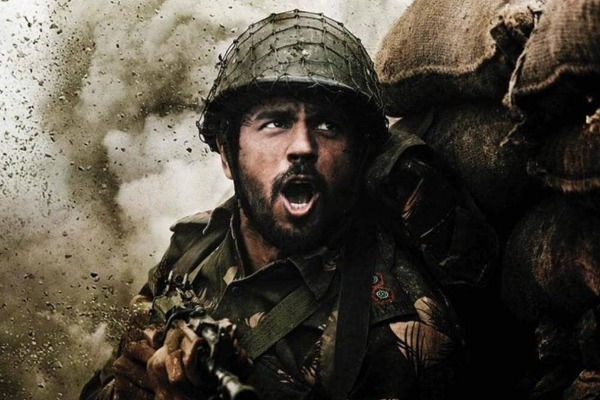 Actor Sidharth Malhotra, who will be seen playing the role of Kargil hero Vikram Batra in the upcoming film "Shershaah", says he is fortunate to have been chosen to play the real-life hero on-screen.

The biographical war drama, directed by noted south film director Vishnuvaradhan, narrates the life story of Captain Batra and how he led the charge of his troops during the 1999 Kargil war. He was given the highest wartime gallantry award Param Vir Chakra posthumously.
In the film, Malhotra will be seen in the double role of Captain Vikram Batra and his twin brother Vishal Batra.
"This day is extremely emotional for me. We started this journey five years ago with Vishal Batra ji. This is my first film where I have portrayed the life of a real-life hero. 'Shershaah' has been an experience bigger than a film," Malhotra said Sunday at the trailer launch event of the film at the National Horse Polo Ground here in Drass town on the eve of the 22nd Kargil Vijay Diwas.
"I would like to thank the Indian Army... This story is about true, real-life heroes like you. And I consider myself lucky that I got to play him," the 36-year-old actor added.
"Shershaah", which borrows its title from the martyr's codename, also stars Kiara Advani.
Advani, who plays Dimple Cheema - the romantic interest of Captain Vikram Batra in the film, said working on the film transformed her on a personal level.
"Some films change you professionally but there are some that change you personally. 'Shershaah' is that film for me. Thank you to the Batra family, Dimple and everyone who made this possible for us. I will forever be grateful. We can't wait to share this with the world," she said.
The 28-year-old actor also expressed her gratitude towards the Indian Army.
"I am quite nervous right now because I am standing in front of the Indian Army for the first time. No amount of words would justify the gratitude we all have in it hearts for each of you. I would also like to thank the families here. We salute you for your support, prayers and for being true pillars of strength for men and women in uniform," she added.
Director Vishnuvardhan, who makes his directorial debut in Hindi cinema with "Shershaah", is credited with making successful Tamil movies like "Arinthum Ariyamalum , "Pattiyal", and "Billa", among others.
Directing a film inspired by the life of Captain Batra was "once in a lifetime opportunity" for him, Vishnuvardhan said.
"Apart from reading and knowing about him (Captain Batra), it was the experience of meeting the people, all the officers, who fought by him," he said.
The director said the team has tried to stay true to the events of the 1999 war.
"We never thought we would shoot in Kargil. We would imagine how it would have been during the war. Every time we would shoot, we could see it all coming alive. What we filmed on those heights is nothing compared to what the Indian Army achieved at that time. So, we have tried to bring everything possible on screen," he added.
"Shershaah" is scheduled to be released on August 12 on Amazon Prime Video. The film is jointly produced by Dharma Productions and Kaash Entertainment.
Vijay Subramaniam, Director and Head, Content, Amazon Prime Video, India, said when Dharma Productions approached him to release on the streaming platform, it was an instant yes from their team.
"Dharma Productions and I share warm relationship and when they asked us about this film, we instantly said yes. It is a unique experience," Subramanian said, adding the film will have a wider release in more than 200 countries.
It was producer Shabbir Boxwala, who first learnt about Captain Batra and approached his family to make a film on him.
"In the first meeting, they agreed to give the rights of (the life of) Vikram Batra and that was the happiest day of my life. They are part of the family now. The support of the Indian Army and his family was very essential and unconditional," Boxwala added.
The trailer launch was also attended by Chief of Defence Staff General Bipin Rawat, Northern Army Commander Lieutenant General Y K Joshi, filmmakers Karan Johar, Apoorva Mehta and the family members of Kargil war veterans, several soldiers and officers.
Before the event, homage was paid to the heroes of the Kargil war by Army personnel and a group of school children, who sang popular patriotic songs like "Chak De! India", "Ab Tumhare Hawale Watan Sathiyon", "Teri Mitti", and "Ae Watan".
"Shershaah" also stars Shiv Panditt, Raj Arjun, Pranay Pachauri, Himanshu Ashok Malhotra, Nikitin Dheer, Anil Charanjeett, Sahil Vaid, Shataf Figar and Pawan Chopra.