One should be able to use their success to take more risks, not less: M Night Shyamalan 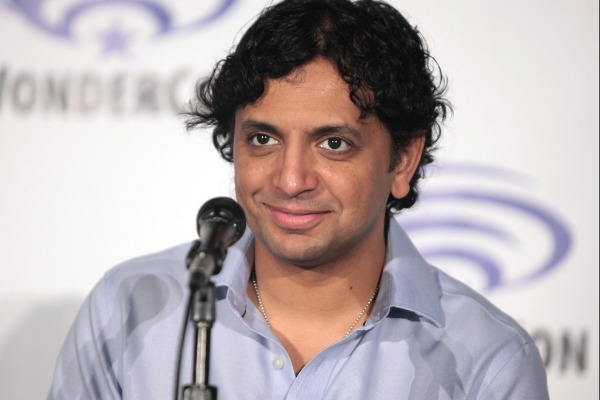 Indian-American filmmaker M Night Shyamalan, famed for his twist endings in Hollywood, says the initial success he achieved after "The Sixth Sense" started to feel like a trap as it blinded him with a desire to get accepted.

The filmmaker followed the 1999 movie's success with blockbusters -- "Unbreakable", "Signs" and "The Village" but his career saw a dip in the mid-2000s with critically panned "Lady in the Water", "The Last Airbender" and "After Earth".
Shyamalan, who is back with his latest thriller "Old" about a family's beach vacation gone wrong, says he cherishes the knowledge that came from those years as it allowed him to return to the kind of cinema he started with.
"I think for a time a period of about six years, I wanted to be accepted. And the moment that you're willing... whether it's in high school, on the job, or in a relationship, if one is willing to let go of who they are, to be accepted, they're on the wrong path and are going to be unhappy," Shyamalan told PTI in a Zoom interview.
It was the year 2015 that marked the writer-director's return to delivering critical and financial success with low-budget "The Visit" becoming his first big hit in almost seven years. There has been no looking back for Shyamalan ever since with blockbusters like "Split" (2017) and "Glass" (2019), the two films that complete his "Unbreakable" trilogy.
"The irony is, you won't get what you think you're going to get 'acceptance'. And then you realise that Wow, I was really powerful when I thought I wasn't powerful'. One should be able to use their success to take more risks, not less. What we often do is the exact opposite. We use our success to trap us. And now you can't do what you did when you first started."
The director said his aim now is to ensure that his name is synonymous with the feeling in the audience that they are going to experience something never-seen-before.
Citing an example of "Old", the director says that he is a firm believer in art representing the artist even if it doesn't lead to a golden run at the box office.
"If 'Old', goes out and doesn't do well at the box office, it's still a giant win. For me, it really is, because it's so specific, only I could have made it, and the audience will be more interested to come for the next movie because it's so specific."
Shyamalan started his journey in Hollywood in the 1990s when diversity and inclusivity were not the hot topics they are today in the American culture and cinema.
For the Puducherry-born filmmaker, who had no connection to the world of entertainment with his parents working in the medical field, joining Hollywood was propelled by his desire to change what it needs to be an American.
"In my career, I have been an immigrant mainstream filmmaker in Hollywood for all this time, way before the world knew how to deal with it."
Shyamalan recalls how people in the American film industry were shocked and fascinated to have somebody who looked different but was telling their stories.
" It was a fascinating example of almost the kind of hey, I'm going to change what it needs to be you. So you're going to have to include me there'."
With diversity in cinema, the definition of being an "American has also expanded", bringing about a welcome change for Indian actors in Hollywood.
When he started, Shyamalan remembers none of the major mainstream Indian actors were part of big-budget Hollywood tentpole movies but now they are a perfect fit to play people of different ethnicities.
"I joke about it a bit here because our profile is ambiguous. Let's say they want to have someone of diversity in films or on TV, Indian actors cover a huge space on this spectrum."
While Indian actors Priyanka Chopra Jonas, Deepika Padukone, Huma Quereshi and Ali Fazal among others have made the cut in Hollywood by collaborating with the Wachowskis, D J Caruso, Zack Snyder and Kenneth Branagh, Shyamalan is yet to work with any of the artists from his home country.
The director said he is more than eager to work with Indian actors and keeps inquiring about them from his wife, an avid Indian cinema and television viewer.
"My mind has gone there a few times. My wife loves watching TV. So when I sit on the couch with her and I see what she's watching, I'm like, 'that actor would be interesting'. So it's an eye-opener. I think it's coming soon, hopefully."But he is not willing to name names.
"There are a few actors I like, but I don't want to say so that others don't feel bad. I try to be careful about that. But there are a few who have been on my mind," he said.
A Universal Pictures movie "Old" is inspired by the graphic novel "Sandcastle", written by Pierre Oscar Levy and illustrated by artist Frederik Peeter.
It centres on the group of people who find themselves aging with horrifying alacrity on a beach. The film's trailer is already a hit.
Shyamalan has penned the movie adaptation, which features Mexican superstar Gael Garcia Bernal, Thomasin McKenzie, Vicky Krieps, Rufus Sewell and Ken Leung.
Nikki Amuka-Bird, Abbey Lee, Aaron Pierre, Alex Wolff, Embeth Davidtz, Eliza Scanlen, Emun Elliott, and Kathleen Chalfant round out the cast.