It was difficult to mute noise, many things were unfair: Kriti Sanon on tumultuous last year 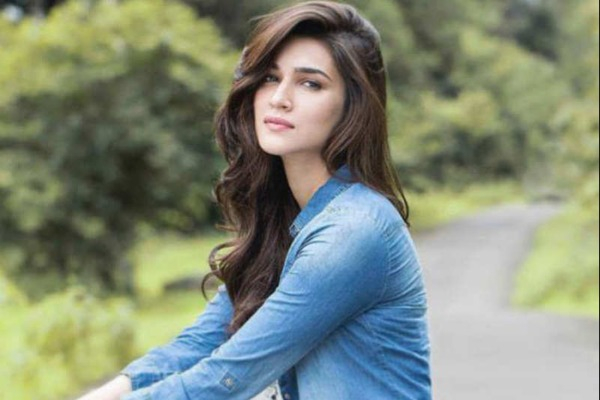 Actor Kriti Sanon says she had to distance herself from the relentless social media chatter around her personal life last year in the aftermath of Sushant Singh Rajput's demise.

Sanon's personal life was caught up in the whirlwind after the tragic demise of her "Raabta" co-star and close friend, Rajput, on June 14, 2020.
Soon after Sanon mourned Rajput's death in an emotional social media post, people began dissecting their equation with the actor facing vicious online trolling.
Sanon said she found comfort in her family amidst the chaos.
"It was difficult to mute the noise. But I had my people and family around me that always kind of helps. Last year, social media was the worst thing that had happened to us. It opened up so much chatter and noise.
"I realised people were frustrated. Maybe, they were taking out that frustration. There was so much of fear, uncertainty and sadness around... I don't blame them completely. But social media has added to a lot of negativity," the actor told PTI.
Sanon, 30, said she realised it was important to detach herself from the constant clamour as "too many people were saying too many things".
She also decided to take a step back when certain things were being "unfair".
"I just felt it was best to stay away from it because what I had to say were extremely personal things which I was sharing with my loved ones. I didn't need to share it with the world.
"I, anyway, felt too many people were saying too many things. I didn't want to be a part of that noise. I felt a lot of things were also going unfair. So I didn't want to be a participant to that," she added.
On the work front, Sanon will next feature in "Mimi", scheduled to be released on Netflix and Jio Cinema on July 30.
The film, directed by Laxman Utekar and co-written by Rohan Shankar, will feature Sanon as a surrogate mother.
"Mimi" is a remake of Samruddhi Porey-directed feature "Mala Aai Vhaaychya", which won the National Award for best feature film in Marathi in 2011.
The Hindi remake is being produced by Dinesh Vijan's Maddock Films in association with Jio Studios.