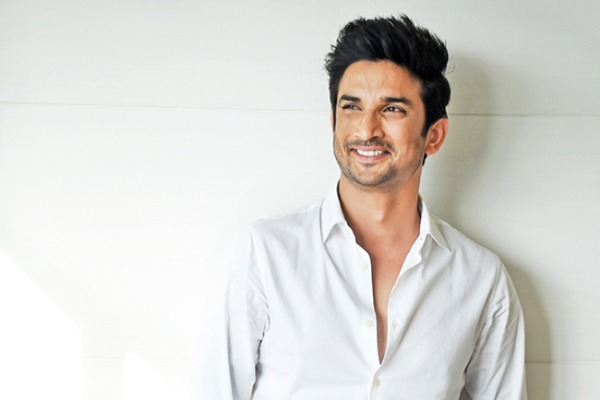 Rajput, 34, was found dead at his Bandra residence on June 14, 2020.
A popular face on the Indian television courtesy the hit soap opera "Pavitra Rishta", Rajput made his feature debut in 2013 with "Kai Po Che!", directed by Kapoor. The duo went on to become friends, later re-teaming for 2018's "Kedarnath".
The director said he is yet to come to terms with Rajput's death.
"One year today... Still numb. #omnamahshivaya #sushantsinghrajput #superstar forever," Kapoor wrote on Instagram on Monday.
Rajput's friend and casting director Chhabra, who directed the actor in his last cinematic outing "Dil Bechara", shared Kapoor's sentiment.
"Nothing seems to be the same. The void you left behind still remains. Here's hoping I'll see you once again. Miss you brother. #stillnumb #sushantsinghrajput," he added.
Rao, who starred with the late actor in "Kai Po Che!", shared Rajput's picture on his Instagram Story, with the caption "Bhai (brother)."
Rajput's "Dil Bechara" co-star Sanjana Sanghi shared her photo with the late actor on her Instagram Story, captioning it: "A forever void. Miss you."
In an emotional note, Pednekar said she misses her "Sonchiriya" co-star and his questions.
"From the stars to the things unknown, you showed me the world like I had never seen it before. I hope you've found your peace my curious sweet SSR...Om Shanti," she wrote on the photo-video sharing platform.
Actor Tahir Raj Bhasin also shared a few photographs with Rajput on his Instagram Story.
"Remembering your insatiable curiosity and intelligence. Gone too soon. May you always remain interstellar," Bhasin said about his "Chhichhore" co-actor.
Rajput's "Pavitra Rishta" co-star and former girlfriend Ankita Lokhande shared a montage of their pictures on the social media platform.
"This was our journey. Phir milenge chalte chalte (until next time)," she captioned the video.
Pulkit Samrat, another TV actor who transitioned to films, said Rajput's death felt like "a personal loss".
In a note, Samrat said the late star still exists as "an inspiration to those who dare to dream big".
"You exist in the hopes and aspirations of every small town guy who dreams of making it big some day. You exist for everyone who wants to believe that humans are capable of kindness.
"You exist for everyone who dares to dream. I never got to know you in this lifetime, but if we live more than once, I would want to be a part of the world again where you exist, a world that is much kinder than this one. Sushant Singh Rajput, you are missed," the "Fukrey" actor said.
The Central Bureau of Investigation (CBI) is probing Rajput's death, with the Enforcement Directorate (ED) and the Narcotics Control Board (NCB) investigating money laundering and drugs related angle in the case.