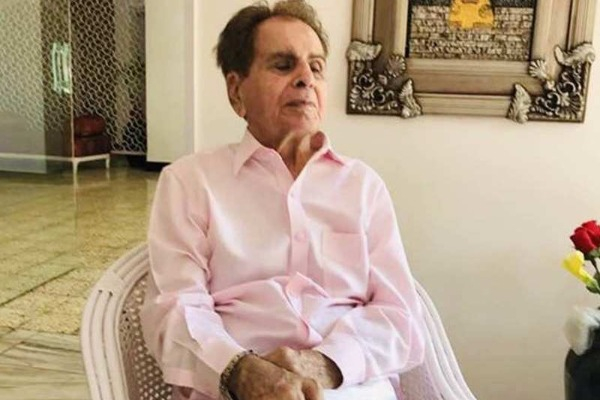 Legendary actor Dilip Kumar has been discharged from a hospital here two days after he was admitted for a regular health check-up, his wife and veteran actor Saira Banu said.

The 98-year-old actor was admitted to the suburban Khar-based Hinduja Hospital on Friday afternoon.
"We just came home (from the hospital). Everything is fine. Keep sahab (Kumar) in your prayers," Banu told PTI on Sunday afternoon.
Earlier in the day, Banu said all the tests have been conducted by the team of doctors and the actor is doing fine.
"Sahab is fine. He will be discharged today. We need your prayers," Banu had said.
The screen icon's family friend Faisal Farooqui had said that Kumar was admitted to the hospital for a regular health check-up.
"He was admitted for a routine check-up. There's no (need to) panic or (a) concerning issue. These are routine tests that are required to be done from time to time because of his age. He is doing fine," Farooqui told PTI.
Last year, the screen icon lost his two younger brothers -- Aslam Khan (88) and Ehsan Khan (90) -- due to COVID-19.
Kumar, who made his debut with "Jwar Bhata" in 1944, has appeared in several iconic films in his career spanning over five decades, including "Kohinoor", "Mughal-e-Azam", "Devdas", "Naya Daur", "Ram Aur Shyam", among others.
He was last seen on the big screen in 1998's "Qila".