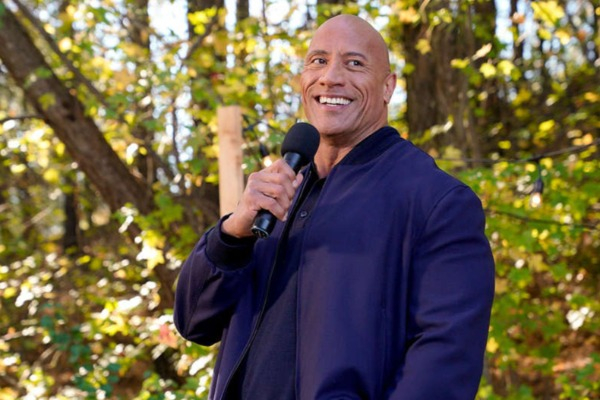 Hollywood star Dwayne Johnson says if he ever gets elected as a the president of the US it would be an honor for him to serve the people of the country.

Johnson's comments come in response to a poll suggesting that almost half of the Americans would be keen to see him launch a presidential bid.
In a post to Instagram, the WWE wrestler-turned-actor shared an article featuring the quote: At least 46 percent of Americans would support a presidential run from Dwayne The Rock' Johnson .
"Humbling. I don't think our Founding Fathers EVER envisioned a six-four, bald, tattooed, half-Black, half-Samoan, tequila drinking, pick up truck driving, fanny pack wearing guy joining their club but if it ever happens it'd be my honour to serve you, the people," Johnson wrote.
The poll, from market cube platform Piplsay, asked 30,138 individuals their opinion on which celebrities they would like to see as president; with Johnson polling well as the future contender for White House.
This is not the first time the actor has expressed his desire to run for the president's chair.
In 2017, Johnson had said that he was seriously considering a presidential bid.
A few months ago, during a press event for NBC sitcom "Young Rock", the action star said he would consider a presidential run in the future if that's what the people wanted.
On the work front, Johnson has recently started shooting for New Line/DC's "Black Adam" movie.