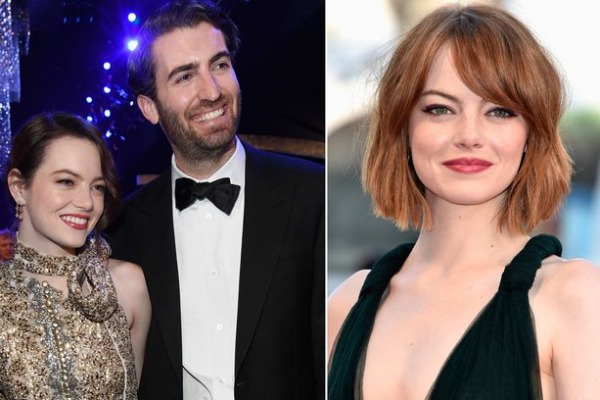 The actor reportedly gave birth to the baby on Saturday 13 March in Los Angeles, according to TMZ, but it's not yet known whether she had a boy or a girl.
In February, Stone was spotted cradling her baby bump in a black top on a Los Angeles walk with a friend.
Stone and the 35-year-old writer tied the knot last year, People magazine confirmed in September 2020.
The couple became engaged in December 2019 after dating for two years. They met when Stone hosted the NBC variety sketch series "Saturday Night Live!" near the end of 2016.