Who we are in reality gets lost in playing characters: Abhishek Bachchan 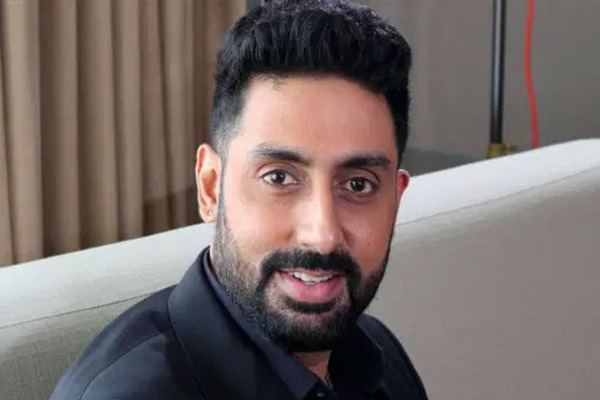 Actor Abhishek Bachchan says it would be difficult for him to evaluate the kind of person he is, considering how mixed it is with the characters he has played.

Giving the example of his latest film "The Big Bull", Bachchan, known for his roles in films such as "Bunty Aur Babli", "Yuva", "Guru", "Bluffmaster" and "Dhoom", said for him, it's not important whether he resembles his role or not.
Asked whether he looks for relatability in his roles, Bachchan told PTI, "It is very difficult to say for an actor because who we are in reality gets lost because we are busy playing so many characters, you don't get the time to sit down and evaluate what kind of a person you actually are."
The 45-year-old actor said he identified with the aspirational nature of the character in the film, which maps the rise and fall of a stock broker with dreams of becoming India's richest man.
"All of us are very aspirational in life, we want to achieve, we want to fulfill our dreams and Hemant Shah (his role) is no different.
"His determination, his doggedness to achieve what he wants to achieve, are unique to him. I don't think it is important whether I am like that or not. I think it is important that I am convinced that Hemant should be like that," he added.
Directed by Kookie Gulati and produced by Ajay Devgn, the film is inspired by events from the late '80s and early '90s that shook the country's financial sector.
The actor said Gulati and Arjun Dhawan, who has written the film, have peppered the script with a lot of realism in "how a person would deal with" a journey that begins from a small chawl in Mumbai and leads him to one of the biggest high rises in the city.
Hemant Shah is a character, who has stars in his eyes, he has big dreams for himself and how he is very determined and focused about how to achieve it. But he has his flaws and that is something that I found interesting, he added.
There were reports that the film is inspired from the life of stockbroker Harshad Mehta, who is infamous for his role in the 1992 securities scam.
But Bachchan said his Hemant Shah is fictional with the team taking inspiration from certain real-life incidents and people.
"To say that he is based on one just particular person I think will be erroneous," he said.
Bachchan, however, has seen the Hansal Mehta-directed and Pratik Gandhi-starrer Scam 1992: The Harshad Mehta Story , and thoroughly enjoyed it.
"It was a wonderful show, a great achievement by the entire team. The show had great writing, wonderful group of actors, every department excelled and I really enjoyed watching it. It is nice to see good work being done," he said.
The most fun aspect of shooting the film for Bachchan was to indulge in the '80s and '90s nostalgia as "Big Bull" is set in that era.
"The thing that I was most excited about was that I got to drink Gold Spot again. It was my favourite drink as a kid and I was so happy that they managed to get Gold Spot. I was also excited to travel in those cars, dress in that style. It was nice the way the era was recreated," Bachchan said.
The film will release on Disney+ Hotstar VIP on April 8, bypassing a theatrical outing due to the coronavirus pandemic.
"The Big Bull" also features Ileana D'Cruz, Nikita Dutta, Soham Shah, Ram Kapoor, Supriya Pathak and Saurabh Shukla.
The movie is produced by Devgn and Anand Pandit with Kumar Mangat Pathak and Vikrant Sharma attached as co-producers.