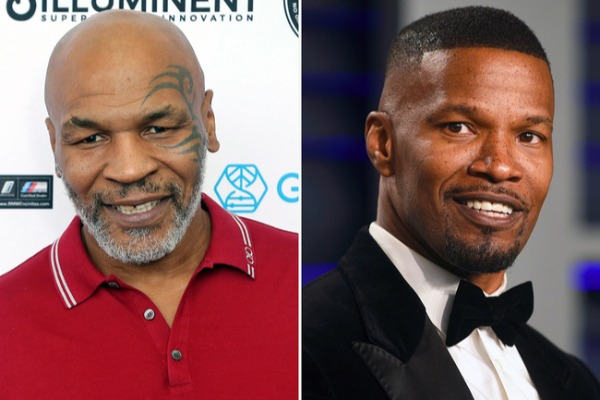 Oscar winner Jamie Foxx will be essaying the role of boxing legend Mike Tyson in an upcoming limited series.

Titled "Tyson", the show will be directed by "Southpaw" director Antoine Fuqua, reported Variety.
The series, which will span the whole of Tyson's life, is not currently set up at a network or streaming service.
Fuqua, known for movies such as "Training Day", "The Equaliser" and "Olympus Has Fallen", will executive produce the project alongside veteran filmmaker Martin Scorsese and Foxx.
Colin Preston wrote the the pilot for "Tyson" and is currently working on writing the full series.
"I have been looking to tell my story for quite some time. With the recent launch of Legends Only League and the excitement from fans following my return to the ring, now feels like the perfect moment.
"I look forward to collaborating with Martin, Antoine, Jamie, and the entire creative team to bring audiences a series that not only captures my professional and personal journey but also inspires and entertains," Tyson said in a statement.
The former boxer and his wife Kiki Tyson will executive produce the show along with Sophie Watts and John Ryan Jr on behalf of Tyson's Legends Only League.
This isn't the only adaptation of the Tyson story in the works, with Hulu also developing "Iron Mike" with Margot Robbie as one of the executive producers.
Tyson had blasted the makers of the show when it was announced, calling it a "tone-deaf cultural misappropriation" of his life story.