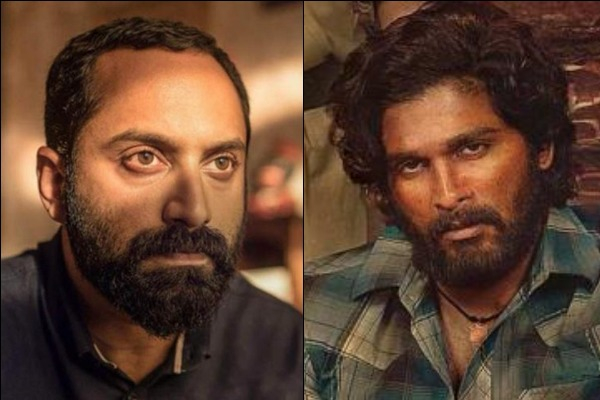 Malayalam star Fahadh Faasil will play the villain opposite Telugu star Allu Arjun in "Pushpa", the upcoming multilingual action thriller movie. Written and directed by Sukumar, the film chronicles the red sanders heist in the hills of Andhra and depicts the convoluted nexus that unfurls in the course of the narrative of a man who is taken by avarice.

Producers Naveen Yerneni and Y Ravi Shankar of Mythri Movie Makers praised Faasil for his versatility and welcomed the actor to the cast.
"Fahadh Faasil has entertained viewers with varied films and earned tremendous acclaim along with it. It makes us very happy to welcome him into the world of 'Pushpa'.
"We are confident that his portrayal of the villain will engage viewers in a way that's unique to his delivery of performance," the producers said in a statement.
Faasil has featured in acclaimed films like "Bangalore Days", "Kumbalangi Nights", "Super Deluxe", "Trance" and last year's lockdown project "C U Soon".
"Pushpa" also stars Rashmika Mandanna, Dhananjay and Sunil.
Produced by Mythri Movie Makers in association with Muttamsetty Media, the film will have a theatrical release on August 13 in Telugu along with Tamil, Hindi, Kannada and Malayalam.