Dhanush's 'Karnan' to have theatrical release on April 9 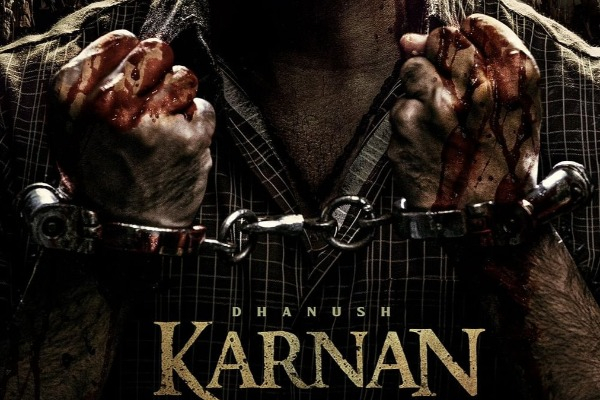 South star Dhanush on Sunday announced that his upcoming Tamil film "Karnan" will have a worldwide theatrical release on April 9.

The film, reportedly billed as an action-drama, is helmed by Mari Selvaraj of "Pariyerum Perumal" fame.
Dhanush took to Twitter and shared the first look poster of "Karnan" along with the release date.
"'Karnan' first look and theatrical release date," the 37-year-old actor wrote.
The poster features the "Asuran" star standing handcuffed, bleeding from the forehead and hands.
"The soul of justice never dies," the tagline on the poster read.
Last month, Dhanush had thanked the producer of the film, Kalaippuli S Thanu, for opting for a theatrical release despite other available options to screen the movie.
"'Karnan' releases April 2021 in theatres. A much needed encouraging news at the right time. Thank you Thanu sir for thinking of the theatre owners, distributors, exhibitors and everybody who's livelihood is dependant on films and theatres, even though you had other options.
"A big thank you on behalf of my fans as this means a lot to them. Love you all. Spread Love," the actor had tweeted.
Dhanush is currently awaiting the release of director Karthik Subbaraj's action-thriller "Jagame Thanthiram".
He will also reunite with Aanand L Rai's "Atrangi Re", following his Hindi film debut "Raanjhanaa" in 2013 with the filmmaker.
Dhanush's last Hindi title was "Shamitabh", which released in 2015.