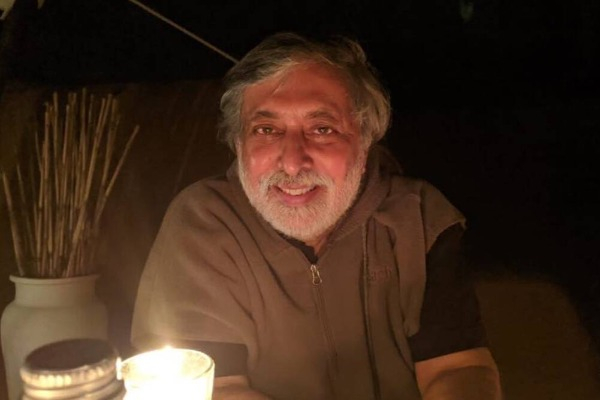 Filmmaker Ramesh Sharma, the director of Shashi Kapoor-starrer 1986 political thriller "New Delhi Times", says the thought behind his latest documentary, "Ahimsa - Gandhi: The Power of the Powerless", is to highlight Mahatma Gandhi's idea of inclusivity, which is under threat in the country today.

The nearly two-hour documentary aims to capture the worldwide impact of Gandhi's message of non-violence and decodes its power.
Sharma said Gandhi was an "inclusive man" who believed that every religion has its space and "it must be respected."
"He believed that the beauty of India lies in that inclusiveness... We are seeing today this fabric of inclusiveness being frayed by sense of bigotry. We are watching the same thing happen in America, Europe, we're watching democracies turn into tyranny," Sharma told reporters.
The director had joined a virtual press conference at the ongoing 51st edition of the International Film Festival of India (IFFI), where his documentary was screened in the Indian Panorama Non-Feature Film section.
According the official synopsis, "Ahimsa - Gandhi: The Power of the Powerless" chronicles the impact of non-violence in seminal political movements of the 20th century, including the Civil Rights Movement in USA, the Solidarity Movement in Poland, the Velvet Revolution of Havel, and the Anti-Apartheid strife in South Africa.
Sharma said he felt the need of a film that would capture stories around the world, where struggles that seemed impossible, "became possible through the use of non-violence."
"Gandhi never wanted the Partition, it was forced on him, so he accepted it. But one thing he never accepted that India would ever become a Hindu state. That's the message we need for today, why ahimsa (non violence) is so important today," he added.
The film has been backed by Sanchaita Gajapati Raju, with Yamini Upadhye attached as the editor.
Sharma said the film is extremely topical as it talks about non-violence at a time when there's "violence all around."
"When you have something non-violent, they are forced to become violent. For instance, the farmers agitation that's going on, for months in bitter cold, they're protesting for their rights. But in return, they're getting water cannons, tear gasses. It's almost like you're provoking them to become violent."
The filmmaker said it's unfortunate that people have "forgotten Gandhi" and insisted there's an urgency with which the youth of the country should be inspired by his message.
"I was watching the brutality of young people in Uttar Pradesh on TV, where they're breaking down a toilet because it's near a temple. This sense of instant, instinctive use of violence is going to destroy this country," he added.