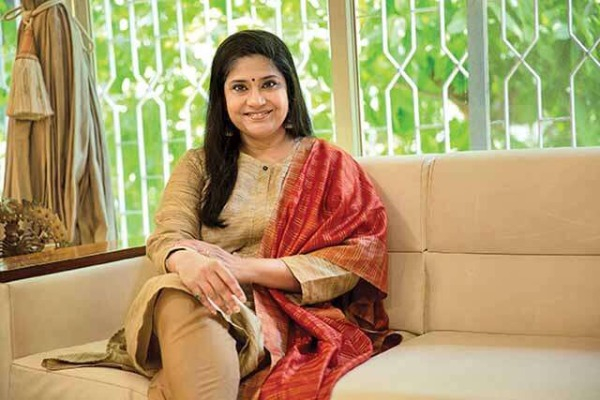 Actor-director Renuka Shahane says she wanted to explore the societal pressure on women to toe the line in "Tribhanga: Tedhi Medhi Crazy", a multi-generational relationship story of mothers and daughters.

Shahane, who is the daughter of writer Shanta Gokhale, says her aim was to humanise the mother figure through this depiction of an acrimonious equation between a famous writer Nayan and her daughter, an actor and Odissi dancer, played by Tanvi Azmi and Kajol, respectively. Mithila Palkar plays Nayan's granddaughter, Masha.
"To humanise the mother is what I wanted to do in 'Tribhanga'. The kind of expectations that there is on mothers and women generally...
"You have to have 10 hands and nobody can live up to that kind of expectation. So women are constantly living in guilt, because they cannot ever live up to that societal pressure that is put on them," Shahane told PTI in a Zoom interview from Mumbai.
The idea that women have to fit into a structure to be counted as worthy had always bothered the actor-director, who is a well-known face across mediums with credits like "Surabhi", "Kora Kagaz", "Hum Aapke Hain Koun..!" and "Bucket List".
Shahane said it's funny when one wants to show the creativity of mothers on screen, they are shown cooking as if that's all they are capable of.
"I want to get the value out of this. We all love the pickle made by our mothers but the point is that I've seen women doing incredible amounts of creative stuff and that's what the normal India is.
"So when are we going to see normal women on screen? When are we going to see women in unconventional professions or to know that being flawed or talented is normal?" she asked.
Shahane, 54, believes these expectations are exhausting and can lead to a lot of mental issues in women.
"Even to value yourself and your own time is a privilege... there's a lot of pressure to be perfect, to be of a particular kind."
"Tribhanga", which derives its title from an Odissi dance pose, is partly inspired by a true story but it does not resemble Shahane's relationship with her mother, the director said.
She described herself as a person who grew up being close to not just her mother, but also her grandmother and aunts.
During her days as the co-host of the 1990s popular show "Surabhi", she remembers meeting a woman who said she was happy to escape her mother's home post marriage and that kind of stayed with her.
Shahane, who previously directed Marathi film "Rita", adapted from her mother's novel "Rita Welingkar", credited the strong women of her family for giving her a stable core.
The story of "Tribhanga" made her wonder about the impact of a dysfunctional mother-daughter relationship, she said.
"I felt, 'Oh my God, if my core had been this shaky, this unstable and acrimonious, would I have been the person I am today and what would have my choices been?" she wondered.
Kajol's Anu is so bitter towards Nayan that she is not willing to let go of her hate even when her mother is hospitalised after a stroke. Through flashbacks, the story behind their complicated relationship unravels.
All the three women in "Tribhanga" are progressive and feminists, Shahane said, adding that it is about who is making the choice about your life, body and education.
"I think freedom of the choice is the key," she said, adding that Azmi's Nayan was the most difficult character for her to write, structurally.
"Nayan is a fantastic writer, a staunch feminist, and to make that whole thing interesting and communicate that whole thing was very difficult structure wise, not as a character. I had no doubts about her as a character.
"Anu came to me as spontaneously as she is on screen and I think I'm like Masha in real life so that was easy."
Despite advancement in technology, society is yet to grow out of "labelling" women, Shahane said.
"We still kind of have this regressive attitude towards what women should be like. It's a strange time that we are living in that we would feel that one would widen our scope, if we are widening our technology, but unfortunately that doesn't happen."
Produced by Ajay Devgn, Siddharth P Malhotra, Sapna Malhotra, Parag Desai, Deepak Dhar and Rishi Negi, "Tribhanga" will start streaming on Netflix from Friday.