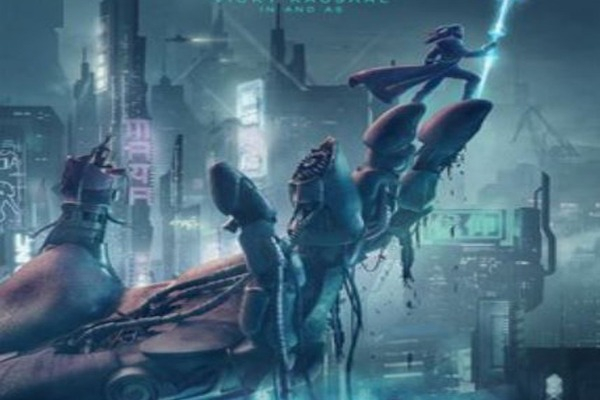 The first look of the forthcoming science fiction feature "Ashwatthama", fronted by Vicky Kaushal, was revealed by the makers on Monday and the actor said he is looking forward to start shooting for the project.

The film will see Kaushal playing the titular mythological character who was given the boon of immortality.
Directed by Aditya Dhar and produced by Ronnie Screwvala, "Ashwatthama" is described as a "futuristic sci-fi, based on a character from the chapter of Mahabharata".
As per the epic, Ashwatthama was the son of guru Dronacharya, who fought for the Kauravas in the battle of Kurukshetra.
Calling it Dhar's "dream project", Kaushal said "Ashwatthama" required the backing of Screwvala to bring the "spectacle" to the audiences.
"It's going to be a new space for me as an actor, exploring the newest form of technology alongside acting. Can't wait to start the journey soon with this wonderful team," the 32-year-old actor said in a statement.
The first look was revealed to celebrate the second anniversary of the trio's blockbuster, "Uri - The Surgical Strike".
The director said the team is working hard to create a never seen before "visual spectacle" and promised the project would not just be a film, "but an experience".
"More than the pressure, I am taking this film as a responsibility of telling this epic story, in the way it is meant to be told, and I hope, audiences shower the same love to 'Ashwatthama', as they did to 'Uri'," Dhar said.
Screwvala said the film, scheduled to go on floors this year, is the most ambitious movie he has ever attempted.
"It's high on story telling, deep in characters and revering in the world and visual effects. Language is not a barrier for this movie. We roll this year. I can't wait to see Aditya's vision translate to this spectacle on screen.
"I have to say this is by far the most ambitious movie I have attempted and we would love to see this one reach out to the widest audiences in India and around the world," the producer added.
The film is being planned as a trilogy.
Last October, Dhar revealed that "Ashwatthama" will go on floors in April 2021, with shooting on location in the United Kingdom, Iceland and Mumbai, where the final schedule would be shot.
"The plan may change depending on the COVID-19 crisis in these countries," he had said.