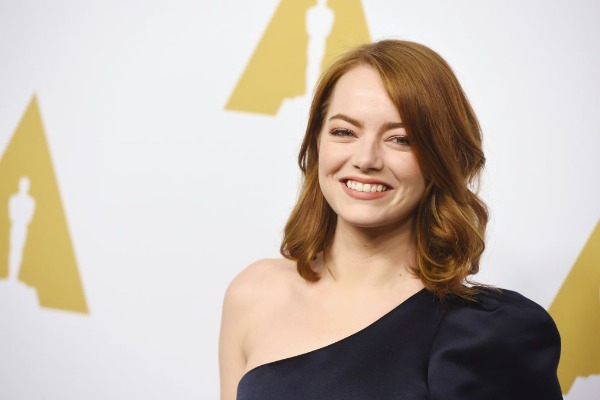 A source confirmed the news of Stone's pregnancy to E! News.
Stone, 32, was photographed last week here sporting athleisure and revealing her baby bump.
"Emma is pregnant and just loves married life," the insider told the outlet.
The actor and the 35-year-old writer tied the knot last year, People magazine confirmed in September 2020.
The couple became engaged in December 2019 after dating for two years. They met when Stone hosted the NBC variety sketch series near the end of 2016.
Stone's representative could not be reached for comment on her pregnancy news.