Seduction and vulnerability not mutually exclusive: Amber Heard on her role in 'The Stand' 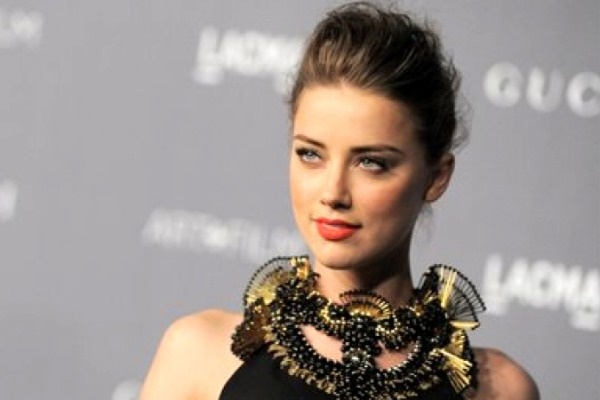 Actor Amber Heard says it was great to play a "complex and nuanced" character like Nadine Cross in the latest screen adaptation of author Stephen King's book "The Stand".

The series, based on King's 1978 novel of the same name, follows a story of a group of survivors whose lives intersect after a deadly virus destroys most of the world's population.
The destiny of humankind depends on the 108-year-old Mother Abagail (Whoopi Goldberg) and few survivors, who gather in Boulder, US, to fight and establish new social systems.
Their worst nightmares are embodied in a man with a lethal smile and unspeakable powers: Randall Flagg (Alexander Skarsgard), the Dark Man while Heard's Cross has her allegiance to Flagg despite understanding the consequences of her actions.
Heard said her character is using the tools she has to survive in a chaotic world.
I would like to thank King and his genius in creating characters with real back stories that are complex, interesting and nuanced. Nadine is no more of a seducer than she is a survivor and she's using the tools that she has to survive in a world," Heard said in a group interview over Zoom.
"I think a seducer can also be vulnerable. Seduction and vulnerability are not mutually exclusive. I don't feel as a woman, I have to apologize for one in order to justify the other or vice versa, Heard said when asked if Nadine is a seducer and fragile woman.
The Aquaman actor said for every character, she follows a different process. Cross, she said, comes with a lot of psychological baggage.
For me, Nadine is a character coming with a lot of psychological baggage so a lot of preparation for how people behave when they have been groomed. Seeing Nadine across her journey was like understanding people who come out of cults or people who have committed horrendous crimes."
Heard said to prepare for the character, she read interviews of people who had been "either kidnapped, brainwashed or otherwise intoxicated into a culture cult mentality and brought on to participate in crimes, which is unfortunately a fairly common thing."
The 34-year-old actor, a self-confessed bookworm, said she has been a fan of King's books since she was a kid and The Stand is one of her favourites.
The series, which started streaming in India on Voot Select from December 17, has released at a time when the world is still reeling under the coronavirus pandemic.
It's certainly interesting timing now," Heard said on the coincidence.
"It's based on a global pandemic that wipes out most of the population of earth and leaves with the best and the worst of humanity and exemplifies them and in an ultimate battle for the best survival of our species. Like how we don't just survive but how we thrive and come together to do so.
Her co-star Jovan Adepo, known for his role as Cory Maxson in the film adaptation of Fences , plays Larry Underwood in CBS All Access' miniseries.
He said having shot for the series, he couldn't see the situation (of the pandemic) coming in real-life too.
I still feel like I got blindsided. However, it's been a challenge for all of us. We are trying to do what's right and keep everybody as safe as possible... It will be fun and interesting for the audience to see. There're so many interesting characters in the story, Adepo said.
The Stand also features James Marsden, Odessa Young and Greg Kinnear among others.
The nine-episode series is written and created by The Fault in our Stars director Josh Boone and "Homeland" scribe Ben Cavell.
Cavell serves as executive producer on the show along with Taylor Elmore, Will Weiske, Jimmy Miller, Roy Lee and Richard P Rubinstein.