Much more questionable whether we will do it at all and how: Jenkins on 'Wonder Woman 3' future 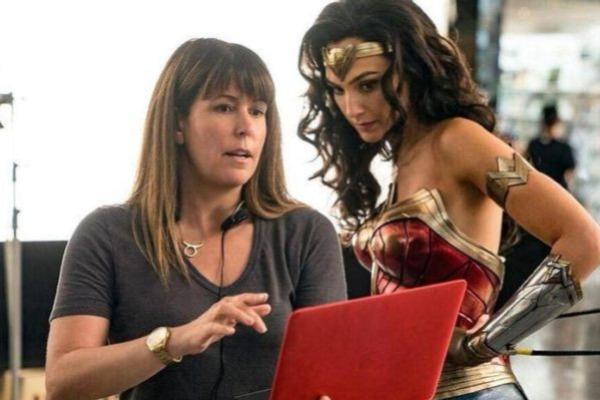 With the changing cinema landscape amid the coronavirus pandemic, director Patty Jenkins says it is "questionable" whether a third film in the "Wonder Woman" franchise will be made following Warner Bros' decision to opt for a theatrical-and-digital model to release its films.

Earlier this month, Warner Bros, the studio behind DC's "Wonder Woman" movies, announced a "unique one-year plan" as a strategic response to the impact of the pandemic, particularly in the US, where its entire slate of films for the year 2021 will be released both theatrically and on its streamer HBO Max.
Gal Gadot-starrer "Wonder Woman 1984", a sequel to 2017 blockbuster "Wonder Woman", will debut on HBO Max as well as movie theatres on Christmas in the US.
Jenkins, who also directed the original, said she would love to come back for a third installment only when Warner Bros "goes back to being a full theatrical studio".
"Before the pandemic, the world would have gone along. We probably would have even made a deal for 'Wonder Woman 3' and figured out when and how I could fit that into my schedule.
"Now it all really is much more questionable whether we will do it at all and how we will do it. So, that's going to be an interesting thing. I would still love to do it but only (if) Warner Bros goes back to being a full theatrical studio," the director told PTI in an exclusive telephonic interview from Los Angeles.
Like all industries, entertainment too bore the brunt of the health crisis with productions halting and theatres shut earlier this year everywhere. Many studios postponed the releases, went the digital way or took the hybrid route of virtual-and-selected theatrical screenings, like "Wonder Woman 1984".
Asked if the pandemic had altered the cinema experience, Jenkins said COVID-19 has been a "nail in the coffin of things that some people wanted to change".
"However, I don't think this is a done deal. People love the theatrical experience and I feel like there's going to be an interesting backlash from a lot of artistes in the filmmaking community, including myself, to just changing things for the sake of it. A lot of us are going to fight pretty hard to go back to the theatrical experience only when this is over," she added.
Directors Christopher Nolan, whose latest movie "Tenet" was released by Warner Bros in theatres, and Denis Villeneuve, whose upcoming "Dune" is among 17 films that are set to be available both theatrically and on the streamer, have criticised the studio for the decision.
This line-up that Warner Bros plans to release in 2021 will be available to HBO Max subscribers for 31 days in the US. After the one-month mark, the films will only play in theatres.
The studio had originally dated Villeneuve's "Dune", which is an official adaptation of author Frank Herbert's classic 1965 novel, for December 18 this year but the pandemic forced it to postpone the release to October 1, 2021.
Other big-budget tentpoles that are part of the studio's list are "The Suicide Squad", monster movie "Godzilla vs Kong", and Keanu Reeves-starrer "The Matrix 4".
Meanwhile, "Wonder Woman 1984" is slated to be released in Indian theatres by Warner Bros on December 24 in English, Hindi, Tamil and Telugu. It also stars Kristen Wiig, Pedro Pascal, Chris Pine, Robin Wright and Connie Nielson.
Presented by Warner Bros Pictures, the film is an Atlas Entertainment/Stone Quarry Production.