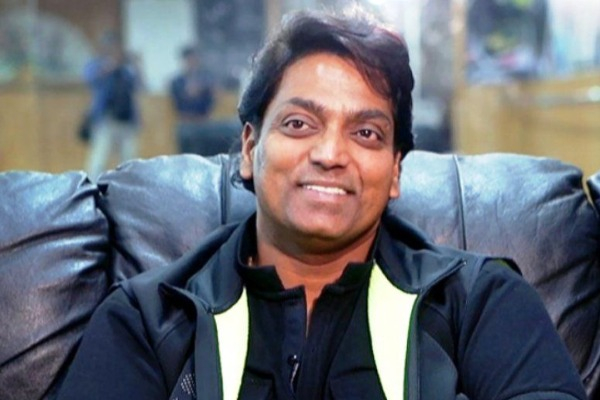 Choreographer Ganesh Acharya on Thursday heaped praises on David Dhawan, saying his work with the filmmaker has been instrumental in pushing his career forward.

The National Award-winning choreographer made his debut in Bollywood with "Annam" in 1992 and then designed dance moves for films like "Maidaan-E-Jung" and "Taaqat".
However, it was the choreography for the song "Husn Hai Suhana", picturised on Govinda and Karisma Kapoor, from Dhawan's "Coolie No 1" in 1995 that established Acharya's position in the film industry.
It also marked the beginning of his long-standing association with Dhawan as the two went on to collaborate on movies like "Mr and Mrs Khiladi", "Judwaa", "Bade Miyan Chote Miyan" and "Haseena Maan Jaayegi".
Acharya said he is thrilled to have reunited with the director for the remake version of "Coolie No 1", which features the filmmaker's son, Varun Dhawan and Sara Ali Khan in the lead.
"'Coolie' was my first film with Davidji and it has been a turning point in my life. Davidji helped me shape my career in choreography through this film. I'm excited to yet again collaborate with Davidji for his 45th film, 'Coolie No 1'," the choreographer said in a statement.
The makers released the first song from "Coolie No 1", titled "Teri Bhabhi", on Thursday. The track has been penned by Danish Sabri and composed by Javed-Mohsin, with Dev Negi and Neha Kakkar on the vocals.
"It has been a fun journey to choreograph Varun for this song. We were able to shoot the song on a bigger canvas because of our producers Vashuji, Jackky Bhagnani. I enjoyed dancing to the beats and I hope audiences will also feel the same," Acharya said.
Produced by Vashu Bhagnani, Jackky Bhagnani and Deepshikha Deshmukh, "Coolie No 1" releases on December 25 on Amazon Prime Video.