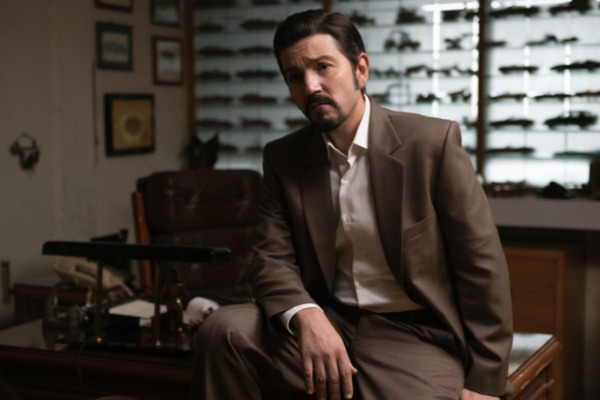 The popular series will return without lead star Diego Luna, who portrayed Mexican drug cartel leader Felix Gallardo, and the new chapter will examine the war that breaks out after Felix's empire splinters.
The upcoming installment of "Narcos: Mexico", an overall sixth season in the drug drama "Narcos" series, will see the returning cast led by Scoot McNairy's starring DEA agent, Walt Breslin.
According to The Hollywood Reporter, the season two finale gave rise to the Sinaloa, Tijuana and Juarez cartels that plan to take up Gallardo's place.
As newly independent cartels struggle to survive political upheaval and escalating violence, a new generation of Mexican kingpins emerge.
Mendez will play Victor Tapia, a Juarez cop with a moral dilemma who, despite his misgivings over getting involved, is drawn into the mystery of a series of brutal killings.
Guerra has been cast as Ismael "El Mayo" Zambada, an independent drug trafficker whose unassuming manner belies the fact that he is quietly one step ahead of everyone else.
Rubino will essay the part of Andrea Nunez, a young, idealistic and ambitious journalist whose mission to expose corruption brings her an even bigger story than she anticipated.
Additional new members are Alejandro Furth as Ramon Salgado, Lorenzo Ferro as Alex Hodoyan, Jose Zuniga as General Rebollo, Diego Calva as Arturo Beltran Leyva, Kristen Lee Gutoskie as Dani, and Beau Mirchoff as Steve Sheridan.
The list of guest stars include rapper Bad Bunny, whose real name is Benito Antonio Mart nez Ocasio, as Arturo "Kitty" Paez, a member of Ramon Arellano Felix's gang called the "Narco Juniors"; Yessica Borroto as Marta; Damayanti Quintanar as Hortencia; Manuel Uriza as Carlos Hank Gonzalez; and Markin Lopez, as Rogelio.
Apart from McNairy, returning cast Alberto Ammann, Jose Maria Yazpik, Alfonso Dosal, Mayra Hermosillo, Matt Letscher, Manuel Masalva, Alejandro Edda and Gorka Lasaosa.
Series showrunner Eric Newman will exit after five seasons and series co-creator Carlos Bernard will take over the role in the new season.
Actor Wagner Moura, who played Colombian drug lord Pablo Escobar in the first two seasons of "Narcos", will direct two episodes of season three.
Along with Moura, Andi Baiz, Alejandra Marquez, Luis Ortega, Leonardo D'Antoni, and Amat Escalante are attached to direct.
Newman will remain an executive producer on the series. He is currently under an overall deal with Netflix on both the feature side and the television side.
A total episode count and release date have yet to be revealed.